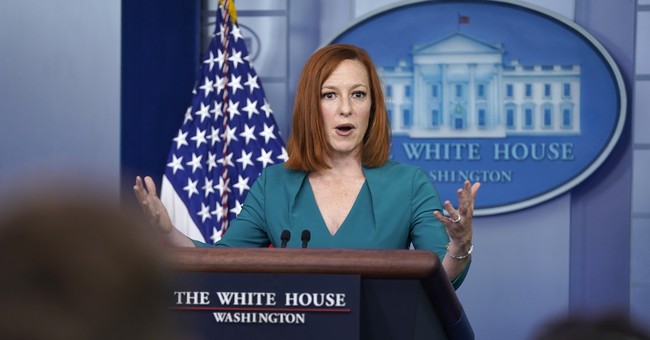 White House Press Secretary Jen Psaki has never been known for her honesty and consistency, but this may take the cake for the least self-aware complaint of all time.

In a show of incredible irony, Psaki went on CNN to chat with Jake Tapper, the nation’s foremost left-wing hack who pretends he’s not a left-wing hack, to act really outraged that Donald Trump’s DOJ would dare investigate illegal leaks.

Because those leaks likely came from Democrat Congressional members, some of their records were seized in the investigation.

Now, there are two parts to this. First is Jen Psaki’s part. Remember, Psaki was a CNN contributor at the time the government was investigating Donald Trump and seizing records of his and his associates. Further, Rep. Adam Schiff, who is now crying foul, went so far as to expose the phone records of Republican House members who dared to search for the truth about FBI malfeasance and FISA abuse in 2019. In the end, those Republican House members were proven correct, by the way.

For Psaki to now pretend investigating government officials, elected or otherwise, is out of bounds shows a mind-blowing amount of hypocrisy on her part.

Second, Jake Tapper, who routinely portrays himself as the “last honest man in news,” was an original spreader of the garbage Steele Dossier. He spent years promoting investigations of then-President Trump. He cheer-leaded raids on Trump’s associates. He trashed Republicans like Devin Nunes for seeking the truth about the Trump investigation. Yet, only now is he against the government investigating other government officials? Now, that’s a no-no? Give all of us a break.

Besides, we all know Schiff and company were leaking. It’s so obvious as to be ridiculous for anyone to even deny at this point. Democrat representatives would literally go into a closed-door session and, within 30 minutes, CNN would have out-of-context leaks that pushed the Democrat narrative. Trump’s DOJ had every right to go after them and investigate their actions. No one is above the law, right? Wasn’t that the rallying cry of Democrats for both of Trump’s impeachments?

Frankly, these two people can stuff their faux outrage in a box and throw it into the sea. No one is buying their act because we have memories longer than the last five minutes. They love investigations of Republicans. They don’t get to pretend investigations of Democrats aren’t allowed.