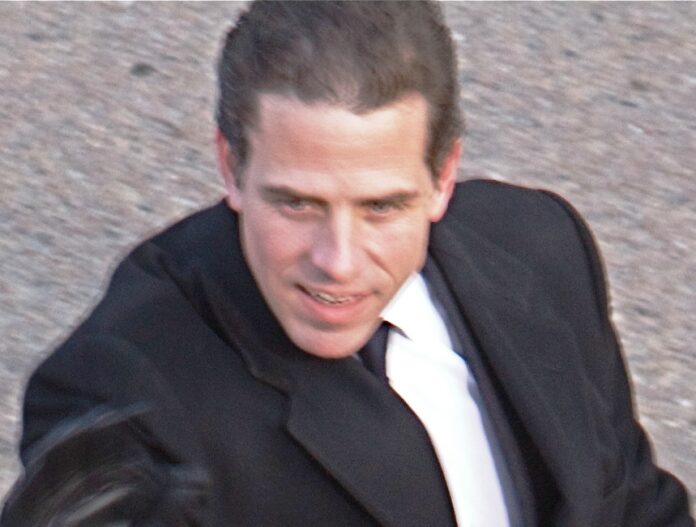 By now, I’m sure you’ve heard all the rumors alleging Hunter Biden, the eldest living child of Democratic President Joe Biden, as one seriously corrupt individual. From his known drug problems and affair with a stripper that made him a father to his sketchy business dealings in both China and Ukraine, it’s no small wonder why the man isn’t in jail.

But, of course, as time goes on and more and more about the Biden family is revealed, it turns out those honorable mentions for father of the year are only what we know so far. Apparently, there is much more that still lies hidden.

Take the recent revelation that Hunter has now been tied to a corrupt and criminal businessman in Romania, for instance.

And once again, he is alleged to have tried to use his father’s national influence to gain prominence and get ahead in life.

Enter the corrupt Gabriel Popoviciu, who was convicted in 2016 for bribing a university official to buy government-owned land in his home country of Romania for a significantly lower price than the market would have deemed as acceptable.

Hunter Biden, as he holds a law degree and has what one would consider being lots of friends in high places, was hired by Popoviciu to get his case either dropped or a major deal made with anti-corruption prosecutors.

While sketchy enough to not look great for him, the hiring of young Biden isn’t exactly criminal. After all, lawyers make a legitimate living every day working to get criminals deals or reduced sentences.

However, what is quite a bit more damning is the allegation, also given by the Daily Mail, that Biden planned out an “extensive” propaganda campaign for Popoviciu.

As the report shows, emails have been found that prove Hunter’s law firm colleagues were involved in setting up meetings with the US ambassador to Romania but only after discussing if said ambassador would get involved in Popoviciu’s case in the first place.

From there, Biden contacted former FBI Director Louis Freeh in the hopes of using his extensive law enforcement connections to benefit Popoviciu. As the Daily Mail reported, Freeh was considered to be a close “family friend” to the Bidens and therefore willing to do Hunter some favors.

But even before Freeh was brought on board, Hunter and one colleague, attorney Michael Gottlieb, hashed out a plan that would put Popoviciu in a very good public light.

In an email written on May 17, 2016, Gottlieb wrote to Hunter, “We should put together a persuasive deck with all the procedural and substantive defects in the indictment/case against Gabs, and we should also probably put together the start of what would be a press strategy. And we’ll want to line the big names to bring over.”

Naturally, Hunter agreed to this but asked if now was “the time to begin to assemble a more high-profile team that can speak to the injustice here. Who do we have at the firm that can speak with authority about anti-corruption? Mike, I was going to reach out to Judge Freeh and if you can think of others of that stature I think now is the time to read them into the situation and see if they are willing to help. Ambassador Gittenstein mentioned names like former US Atty Patrick Fitzgerald.”

And so Freeh was contacted, and a team assembled.

According to a statement made by Freeh at the time, he was asked to lead an “independent review” of the case “with the assistance of a team of experienced former federal prosecutors and former FBI Special Agents, one of whom speaks Romanian fluently.”

The plan was then to use media outlets like The Wall Street Journal and other smaller-scale sources to gain public support through these campaigns.

However, the plan was unsuccessful.

Popoviciu was sentenced to seven years in prison in 2017 by a Romanian court. Freeh noted that “this sentence and conviction are not supported by either the facts or the law.”

So while Hunter’s plans ultimately failed, and the campaigns never put into full effect, this is one just more in a long line of instances where the Biden family has proved they are willing to blur the lines of right and wrong to make a business deal go in their favor.

And I doubt this is the last revelation of a similar nature to come forward.