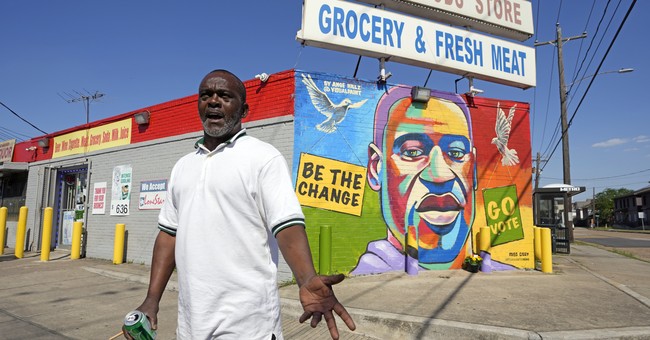 The numbers are in, and the Derek Chauvin murder trial racked up quite the bill — where extra law enforcement hours were concerned.

That news comes as the MPD asks for $5 million in light of soaring overtime costs in general.

Of course, one reason for the charges is the fact that so many cops have quit.

Over the past year, more than 200 officers have left the job.

The city council is presumably pleased: In June of 2020, it voted unanimously to defund the police.

The murder of George Floyd on May 25, 2020, by Minneapolis police officers is a tragedy that shows that no amount of reforms will prevent lethal violence and abuse by some members of the Police Department against members of our community, especially Black people and people of color.

Around the same time, a councilmember appeared to defend looting:

Hence, at the same the council seemed to excuse disorder, it moved against the only department aimed as preventing it.

Some might expect a double dose of crime, leading to a budgetary blowout.

As for illegal activity during the Chauvin trial, evidently, the city was concerned.

Overall, MPD expenditure has been $1-3 million less this year, but some cops are still being paid while on disability leave.

Therefore, per finance director Robin McPherson at a meeting Wednesday, the “payroll savings is not as great.”

Had the Chauvin verdict come out differently, there’s no doubt overtime costs would have shot to the moon — many interested parties were surely waiting to riot over a less-than-guilty-of-murder decision.

Nonetheless, Minneapolis has been in great need of help.

In September, one resident described the horror of life in the Mini Apple:

“[H]onestly, I haven’t really been sleeping right now. I mean, I can’t. ‘Cause I hear every little thing that is going on — police sirens, like the helicopters, gun shooting, everything.”

She pled for assistance from the city:

“Come here. Meet with us. Face us. Stay here for a weekend. For the love of God, just come here and say something to us — the people that are freaking voting for you and depend on you to take care of us! Where are you? Show your face to us. Do something. Don’t just sit there and let your city go down to the ruins! Do something for us!”

In October, residents sued Minneapolis for the failure of its “reimagined” police department.

And in March, the now-reclaimed George Floyd autonomous zone was so soundly hijacked, it wasn’t allowing in press:

Will the city ever return to normal?

I’d guess not any time soon.

In May, the trial of the remaining cops in the Floyd case — Thomas Lane, J. Alexander Kueng and Tou Thao — was postponed ’til March 2022.

Expect a repeat of potential chaos when that comes around.

As for the requested $5 million, Councilman Steve Fletcher said at Wednesday’s meeting the cash must have a clear course:

“We’re going to need help understanding where the money is going.”

Also proposed by Mayor Jacob Frey: $11.5 million of the town’s funds from the American Rescue Plan.

They’re gonna need everything they can get — since last year, homicides, carjackings, and nonfatal shootings have doubled.