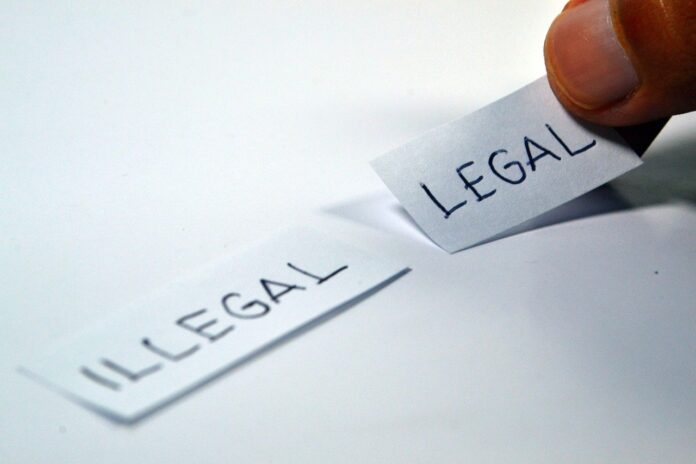 The movement to defund the police has all but backfired in significant cities that tried the socialist idea. The Democrats running the show ignorantly bowed to the wishes of a few people and found out the hard way what happens when there are no law enforcement officers to keep people from breaking the law and killing people.

Fewer police means that there will be calls for help that will go unanswered because there is no one to aid people being violently attacked. Many of the major towns that tried the stunt of defunding the police have all but put the money back into the budget.

That is everyone but the Asheville City Council in North Carolina, who is just starting out on the road to insanity. They voted 5-2 to slash its police budget by 3 percent. That equates to $770,000 less in the coming year to provide their people with protection from people that thrive on violence and crime.

Some liberals in Ashville would love to see the budget cut by 50 percent. It stands to reason that the protestors are the ones that will end up committing the crimes if that were ever to happen.

One report stated that “During recent demonstrations against racial injustice, protesters in Asheville and across the U.S. have rallied around calls to eliminate or reduce spending on policing and reallocate those funds into serving community needs through investment in support services, housing, education, and other resources.”

They want to use the money to make their homes better. The greedy liberals see a large police budget and just cannot wait to dip their crooked fingers into the pot. They need the extra money to satisfy their lust for power and riches untold.

The city council is not resisting the pressure of the protestors. They have come out and stated that they would take their time to reduce the police budget as time passes. They will find that the crime rate will increase the more they pull funds from law enforcement. But Democrats never believe what happened in neighboring cities will ever happen to them.

Julie Mayfield is one of those on the council that thought it was a good idea. She lustfully stated that “The time this change will take will be considered too slow for some of you, but change will come.” Her support to cripple the police force has led to 84 officers leaving the city.

The baby steps they wanted to take have turned into a gigantic slide of police leaving for safer grounds. And so, the answer to the departure is not to increase the police budget but rather to tell the criminals what they can be arrested for and what is safe for them to engage.

The city council put out a list of crimes that people could get away with. People can now engage in petty theft, robbing a vehicle, graffiti, and destruction of property, harassing phone calls, fraud, scams, identity theft, assaults, funeral escorts, and trespassing. As long as there is no threat to a person’s life, the people are free to engage in terrible crimes.

Joe Biden’s anti-American push is gaining speed as more liberals come out of their closets and boldly do things that put people in harm’s way. Biden wants to defund the police on a national level. But there is not enough support to see his dreams come true.

Instead, he attacks immigration and federal law enforcement programs. And those attacks have led to illegals flooding the borders. Many illegals are violent criminals seeking to make their way back into the land of the free and the home of the brave. They want to prey on the people.

Ashville, North Carolina, is run by a bunch of liberals that do not have a clue what will happen to them once the list is published. They have set the city up for failure as criminals will slowly take over and destroy everything that made Ashville a wonderful place to live in America. But at least there is a list of activities that people can engage in that is city-approved.