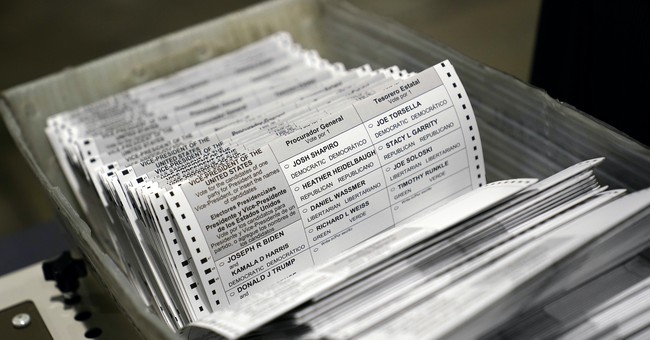 “Election audits” remain in the news, as many citizens are convinced that the various statistical analyses completed, testimonies given, affidavits filed, and reports made, point to unexplainable “irregularities” warranting further investigation. On the other hand, Democrats and their media allies claim that the 2020 election was “completely secure” and that further investigation into the irregularities is a complete waste of time because the results were certified by the states months ago. The only way to sort out the truth is to complete audits in enough states, counties, and precincts to definitively prove the presence or absence of election fraud in 2020.

But what does “audit” mean? It turns out that there are many types of audits, and most people are unaware of the differences. Thankfully, a team led by physicist and Mensa John Droz, Jr., has just completed a report that explains the different types of audits and which should be conducted, and why audits should be routinely performed after all elections. The 14-page report is entitled Post-Election Audits: Verifying Election Integrity and may be found here.

Droz’s team uses an IRS analogy to explain the need for conducting a “real election audit”:

1 – An Automatic audit is what the IRS computer does to all tax form submissions. Essentially it is a Match & Math audit. In other words, the IRS: a) matches what third par-es submit for you [e.g. what your bank sent the IRS about how much interest you earned] to what is on your tax forms, and b) makes sure that everything on your tax forms adds up correctly.

This type of “audit” is comparable to what an Election Recount is.

2 – A Correspondence audit is a small step up. Here the IRS sends you a le=er asking for you to verify the amount on a particular tax form line item (e.g. interest earned in a bank account).

This is similar to a “Risk Limiting Audit” of election ballots.

3 – An IRS Office audit is a larger step up. In this case the IRS requires you to meet with an agent at a nearby IRS office, and to bring your records on certain select matters. (For example, if you own a rental property, the IRS may ask you to bring the records for the expenses you claimed on Schedule E.)

The parallel would be the 2020 NH and AZ limited forensic election audits.

4 – An IRS Field audit is a major leap further. In this situation an IRS agent comes to your home or place of business. The agent has the authority to double-check anything and everything.

This would be like an election Full Forensic Audit (FFA) — which has never been done.

Droz’s team defines a “Full Forensic Audit” as “a comprehensive, in-depth investigation into vote accuracy.” The word “forensic” in this situation means “the use of science in the investigation and establishment of facts.” It is astonishing that an FFA has never been performed in any state, county, or precinct, but even more surprising is that the vaunted Arizona audit (and others proposed and/or in process in other states) are “audits of a lesser variety.” The AZ audit is certainly not the “gold standard” for audits as some advocates argue. It indeed is far superior to what has been done elsewhere in 2020, but it is only about 3/4 of a Full Forensic Audit.

The other part of the IRS analogy discussed in the report is equally shocking. Taxpayer accuracy/compliance rates stemming from IRS audits is 85%, with taxpayers fully aware of the consequences of “misreporting” information on tax returns. In the analogy, taxpayers are roughly equivalent to voters, but there are no real audits or penalties imposed in the election scenario. Assuming a voter accuracy rate equivalent to IRS compliance at 85% (which is almost certainly very generous), this “would translate (on a national level in 2020) to about 24 Million votes being suspect!”

— Recount is double checking the math. Do all the numbers add up?

— Canvassing is verifying that no votes were lost in the balloting process.

— Certification is a state legislative stamp-of-approval. It follows canvassing (and recounts, if any), and is made when no egregious errors are identified (or are uncorrected).

The team stated that the three objectives of meaningful election audits are:

(a) to identify and fix honest mistakes,

(b) to detect evidence of malfeasance, and

(c) to maintain/restore public confidence in the outcome of an election.

The three major elements of an election that can go wrong are:

2 – the Machine (voting System Equipment), and

In an FFA, each of these areas would be thoroughly analyzed to determine such things as:

1 – Did only legally eligible citizens vote, and just once?

2 – Did the voting machines accurately report all ballots received, without any changes?

3 – Did third parties illegally change or delete any legitimate ballots, or add ballots?

From the above information, the following startling conclusion was made: NONE of those questions are answered by a standard election recount, canvassing, or certification. Those three questions can ONLY be answered by a full forensic audit of the voter, machine, and ballot process. And yet, an election FFA has never been conducted at any level in the US! How can we possibly believe that our elections are secure and that there is no possibility of widespread fraud if election FFAs have never been performed?

Before excerpting a few important conclusions, here is a list of key sections and content in the report:

Here are a few key conclusions from the report (emphasis added):

Real science-based (forensic) audits are the ONLY way we can verify whether we have election integrity. Since no state, county or precinct has ever had a Full Forensic Audit (FFA) — and less than a handful of counties have had a Partial Forensic Audit — it goes without saying that we have no legitimate basis for believing that the US election system is honest and accurate.

We expect that those who profit from the current system’s failings will continue to aggressively push back against meaningful (forensic) audits. Since they will not likely acknowledge that their objections are self-serving, they will almost certainly resort to such deceptive retorts as “these audits are a waste of time and money.” Nothing could be further from the truth.

No one can say that: “there was no widespread election malfeasance in 2020” until a statistically significant number of forensic audits are performed by independent experts. Not surprisingly, the same people who are making this unsupported assertion are those who are adamantly opposing the forensic audits.

Is the Maricopa (AZ) audit an FFA? No. Based on economic and -me constraints (due in part to the aggressive resistance against any meaningful election audit), the Maricopa audit is a partial forensics audit. Based on the Statement of Work, we’d estimate that it is 75% of an FFA.

Stories like this: “Michigan completes most comprehensive post-election audit in state history,” (referring to only a minimal “Risk Limiting Audit”), is a damning indictment of how little states are actually doing regarding auditing election results.

There is much more in the Droz team’s report. Be sure to read it all and start pushing your elected representatives at the local, state, and national levels to implement procedures for full forensic audits as a matter of routine in future elections. Voter/Machine/Process forensic audits are the ONLY way that the American electorate can have confidence in the integrity of the vote.

Lastly, please review some of their other masterful reports (especially the Recommendations Report) which are all found at Election-Integrity.info.