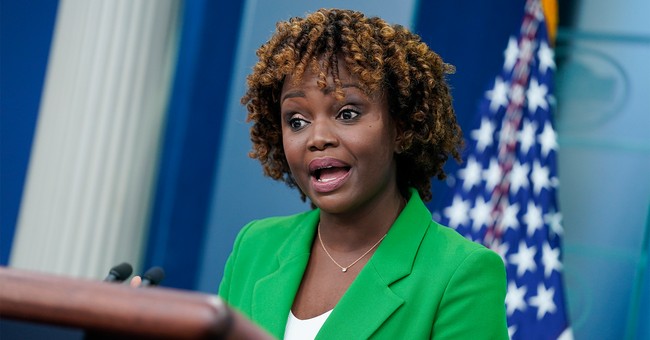 That’s not quieting down the White House press corps. Indeed, that effort to duck their questions seems to be making them more persistent. Here’s Fox’s Peter Doocy getting around to that question I think we all must be wondering: Biden went to his home in Wilmington many times before the FBI searched it, including after a special counsel was named. “What was he doing there?” Doocy asked. For all we know, he could have been getting rid of documents.

You can tell she’s just furious that he’s asked that question. When you just say, “I would refer you to the White House Counsel,” that looks like you’re trying to hide something or cover things up. Not a good look.

When KJP was asked about if the White House had agreed to let the FBI search Biden’s Rehoboth Beach home, she again refused to respond and fell back on that excuse.

But then a reporter followed up on an important point being made by Sen. Ted Cruz (R-TX) — there’s a big site of Biden documents that — as far as we know — hasn’t been checked yet. That’s the University of Delaware that has all Biden’s Senate documents. As the reporter noted to Karine Jean-Pierre, 1850 boxes of documents and 450 gigabytes of electronic files — a huge amount of stuff. You can see she hasn’t even thought of that question from her eyes, and she’s put back on her heels.

Cruz said that if the classified documents that have been found related in any way to Burisma or any of the issues involving the Bidens’ foreign business dealings that this would make the problem so much worse. He said that Hunter Biden’s residences and offices should be searched as well.

Now there’s one more thing about the documents at the University of Delaware. That’s where the complaint that Tara Reade says she filed against Joe Biden allegedly is. Those papers could shed some light on that claim as well.

There isn’t any word yet on a search there. But given he was in the Senate from 1972 to 2008, that’s likely where you would have the biggest trove of Biden documents, so you would have to bet, given what we’ve seen so far, he likely has stuff in there and who knows how many people those would have been exposed to.