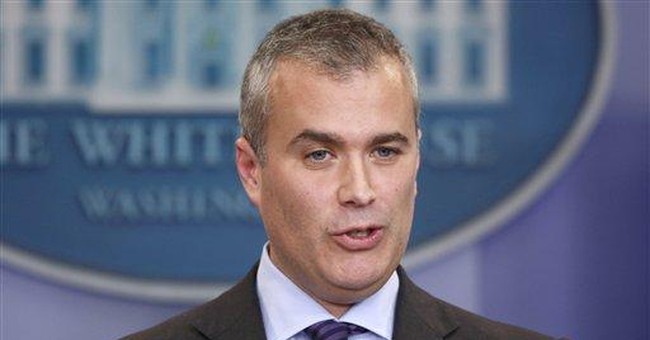 As we reported, Joe Biden’s Chief of Staff Ron Klain is set to step down in February after serving as the president’s right-hand man for the first two years of his presidency.

My first question is: who’s going to be our next president?

I say that tongue-in-cheek because many people have felt that Klain has been the shadow president since Biden is clearly incompetent, not up to the intellectual or physical rigors of the job, and is perpetually on vacation.

And how else to explain Biden’s shift from “moderate” to full-on leftist loon? The progressivism he’s shown since taking office is a heckuva lot more extreme than what he campaigned on in 2020. Was it Ron Klain’s influence? Was the Chief of Staff the middleman between Amtrak Joe and his former boss?

Now that Klain’s running for the exits, who’s going to take on the job of the Power Behind the Throne? Former Obama official and Biden COVID czar Jeff Zients is widely reported to be next to take on the mantle. Zients appears to have been about as effective as COVID czar as Kamala Harris is as border czar–meaning not successful in the slightest.

Remember how Biden promised on the campaign trail that he would completely obliterate the virus–“I will end this“– when president? That didn’t happen: more deaths have occurred under Joe than under Trump’s administration.

Instead, what we got out of Zients was mixed messaging, fear-mongering speeches, and botched vaccine rollouts. Remember, though, folks, in Washington, D.C., politicians often fail their way to the top (just ask Pete Buttigieg):

Here’s the 56-year-old’s dark–and ultimately completely incorrect–prediction about COVID he made in 2021:

The “pandemic of the unvaccinated” was always a lie, and as it turns out, more vaccinated deaths are now reported than among the unvaccinated. Is Zients going to be pushing more COVID extremism when he enters the Oval?

Please forgive me if Jeff wasn’t on my radar; I didn’t even realize that in early 2021 he’d replaced Deborah Birx, aka Scarf Lady, as director of the White House COVID response (a role he stepped away from in March of 2022). Whereas Fauci and Birx seemed to jump in front of every camera within spitting distance, I don’t remember seeing much of this guy.

Meanwhile, the media is loving the fact that “Zients rhymes with “science(TM).” I’m assuming T-shirts will be coming soon, and that Fauci will turn neon green with envy because, after all, Tony’s last name only rhymes with “ouchie.”

But Zients has certainly been around: the Duke University graduate served in Obama’s Office of Management and Budget, helped fix the disastrous roll-out of the healthcare.gov website, and made millions as a corporate advisor, fund manager, and board member of companies like Facebook and Bain Capital. He even teamed up with Colin Powell and others to try to buy the Washington Nationals baseball team. He is currently estimated to be worth around $90 million, which would make him one of the wealthiest cabinet members. (Climate czar John Kerry’s numbers have not yet been released, but I’m betting he’s at the top of the list.) Some estimates run higher:

What is Jeff Zients’ top qualification for getting the job? Well, number one he was endorsed by the departing Ron Klain, another Obama loyalist, meaning that this move likely has the former president’s seal of approval. Many see Klain’s departure right in the middle of the classified documents scandal as yet another sign that the rats are jumping ship, and that the push is on to force Biden to announce he’s not running again in ’24.

I think that’s as good a theory as any right now–but Obama’s still going to have a babysitter keeping an eye on Joe, just in case he gets out of line.

I wrote this as Document Gate started to heat up, and it still holds true for Team Obama:

All they wanted was for Biden to beat Donald Trump, then put back on his invisibility cloak and go back to hiding in his basement, leaving White House Chief of Staff Ron Klain and other Obama acolytes to actually run the country. Joe was supposed to just not screw things up and then sail off into the sunset after one term. Nobody actually liked the gaffe-prone former vice-president–he was just the only one left standing after candidates like Kamala Harris, Buttigieg, and other non-starters flamed out.

Klain may be replaced by Ron 2.0 with Zients, but the game remains the same: push Obama’s priorities, try to keep Joe from messing up too badly–and get rid of him before the next election.