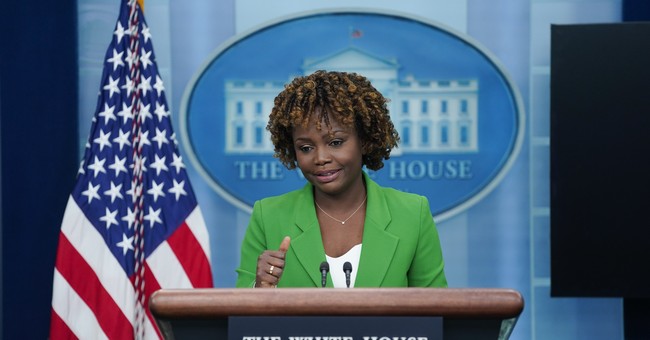 Watching Fox News White House correspondent Peter Doocy wind-up press secretaries in the Biden administration never gets old, and Monday was no exception to that rule.

As we previously reported, Doocy has been one of the most dogged members of the White House press corps concerning Joe Biden’s classified documents scandal, a situation that got even worse over the weekend when even more documents including some from his time in the Senate were discovered at his Wilmington, Delaware home despite the American people being told multiple times Thursday by press secretary Karine Jean-Pierre that the search was “complete.”

During Monday’s daily press briefing, Doocy once again got several questions in to Jean-Pierre on the subject, and she struggled to come up with coherent answers every time he did so. While that’s not exactly anything new for Jean-Pierre, she came across as more flummoxed than normal, which is not surprising considering she’s the face of the administration and has been called out by numerous reporters over the last two weeks for not being honest about the particulars of the developments in the classified documents saga.

In his first question, Doocy – perhaps with the understanding in mind that Jean-Pierre was going to have to get even more creative in coming up with more excuses considering Saturday’s news – asked her what “four-letter word” did she let out when she heard that more documents had been found. She was clearly taken aback by the question and just laughed. He then asked her to confirm if Biden was indeed intending to run for president again:

After she affirmed that he had every intention of doing so, Doocy inquired as to if she was aware if there was “precedent” for someone running for president after the FBI has searched their home. As KJP dodged, Doocy made sure to point out to her what a “big deal” it was for a president’s home to be searched by the FBI. She ended up pivoting to talking points about what Biden was doing for the American people, yada yada:

Doocy also pointed out that House Oversight Committee Chairman James Comer indicated that what’s going on right now has “all the makings of a potential cover-up.” When he asked Jean-Pierre if that’s what Biden was doing, she paused for a few seconds before defaulting to her standard answer, which was to lie and say that Biden is taking this “very seriously”:

Here’s the full exchange between the two on all of the questions just to get a better idea of how clueless Biden’s spokesperson came across during the briefing:

On one had I sort of feel sorry for Biden’s press secretaries considering the material they have to work with. But they sign on for the job in advance knowing what they could be in for, so they deserve these types of grillings every time they step to the podium. It’s just too bad that they get paid with our tax dollars to insult our intelligence every day.