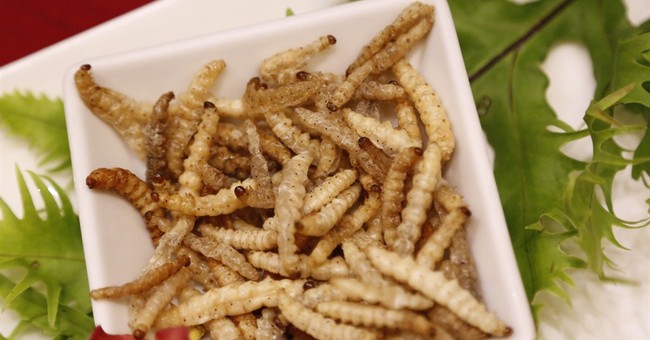 Having just wrapped up, let’s look at the latest daft proposals from the World Economic Forum.

Over in Europe, this year’s iteration of the regular smug gathering of our intellectual superiors and social betters, the annual World Economic Forum, has ended. The world’s leaders, corporate tycoons, and professorial thinkers staged a massive confab where they attempt to tell us how to live and save the planet, along with other commands of comportment. That they are mostly lightly regarded is surpassed only by the reality that they should be ignored entirely.

As usual, the paradoxes reign supreme as these elitists congregate in Davos, Switzerland, beginning with their mode of commuting. As is always the case, whenever the eggheads gather on an international stage to lecture us about how we are killing the planet, they must resort to using greenhouse-belching private jets. While that contradiction is commonly trotted out as a reason to deride these thinkers, the sheer numbers demand more ridicule.

Last week the environmentally-anxious prigs kited into Davos on no fewer than jets totaling one grand.

But their hypocrisy is compounded this year. In Europe, global concerns have seen countries there imposing a number of restrictions on air travel, for the sake of saving us from ourselves. Taxes on qualifying flights are imposed in some cases, and cities are placing a limit on the number of allowed flights, to curb emissions. One other policy that is restricting air travel covers what is deemed “short-haul” flights – meaning trips of a shorter distance that can be made using rail services instead.

Over half of the jets parked on the tarmac at Davos arrived on what would have qualified as a short-haul jaunt. Those would be the very people in Europe, who have been proposing these policies to be enforced upon the gentry, using a G6 to hop over to the Alps.

The conference itself promoted a series of panels, breakout sessions, think tanks, closed-door meetings, and other lectures and speeches designed to tell us – the globe – what we are doing wrong. It is a socialist’s nocturnal emissions fantasy of the new world they want to see crafted and delivered under the umbrella heading unironically dubbed The Great Reset. That they use that dystopian descriptor unironically is a perfect sign of how little they care about the opinions of the rabble they intend to lord over.

Some of those panels carry expected targets of social change, employing headings that drop familiar buzzwords; equity, climate adaptation, a living wage, responsible capitalism, tackling harm, and numerous others can be seen in the titles. One that I covered was “The Clear And Present Danger of Disinformation”. All you need to know about this copyright-infringing panel going off the rails is that it featured the publisher of the New York Times, and was moderated by none other than — Brian Stelter. This made about as much sense as having a panel on veganism hosted by the CEO of Hormel.

This blithely brings us to the food component of this conference. Amusingly, the Associated Press put out an advanced report on the WEF, delivering a sympathetic primer that insisted there is copious misinformation and conspiracies being spread about the meet-up. “An entirely different narrative played out on the internet, where social media users claimed leaders wanted to force the population to eat insects instead of meat in the name of saving the environment.” And as those kids on the Intertubes like to say, this one did not age well.

In wanting to paint the WEF in a positive low-wattage environmental-conscious light, Sophia Tulp shows she was incapable of basic research. The WEF has, on numerous occasions, forwarded the positive aspects of an insect-based diet. As for Tulp missing the “instead of meat” aspect of the conference, here is Jim Haggeman Snabe, chairman of Siemans, pushing to have 1 billion people transition away from eating meat.

Call me a cynic if you will, but I am leery of taking dietary advice from people who are comfortable dropping $50 on a burrito dish, or 20 bucks for a plate of french fries. At this conference, they also have garbage cans outfitted with cameras and computer analysis in order to monitor food consumption and regulate the preparation and menu items.

WEF is also looking to reduce food waste by using artificial intelligence. The AI technology is installed on several trash cans in the main building that photographs waste and weighs food that has been disposed. The system then provides a report on the different types, weight, costs and sources of the food that has been binned.

Just absorb the mental gymnastics leading to this development. Now consider this – the proposal for insect-for-food husbandry is touted as beneficial because the bugs can be cultivated with food waste. But if you are regulating the tossing out of food, you limit the supply chain of the insects, impacting our future protein intake.

Maybe the best indication of just how neutered the WEF conference has become is that Al Gore spoke, unsurprisingly. Still, he failed to generate any widespread media coverage with his chicken little speech filled with global palaver, even as it was choked with some of the most hysterical doomsday commentary.

His delivery involved how we have turned the atmosphere into “an open sewer”, creating “rain bombs”, sucking the moisture out of the land, and “causing waves of climate refugees”. There was a time that these ominous melodramatics would generate headlines. That instead Gore generates yawns with this kind of talk is the most encouraging thing to come out of Davos this week.