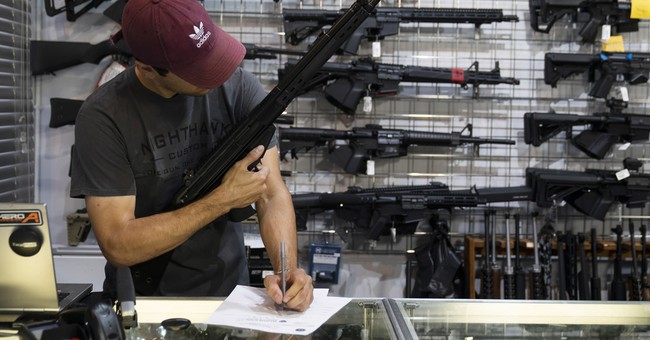 An Illinois judge slapped a temporary restraining order on a law signed on January 10 by Illinois Governor J. B. “I’m not morbidly obese, I’m just big-boned” Pritzker outlawing numerous models of semi-automatic weapons along with rifle magazines holding over ten rounds and pistol magazines holding over 15 rounds. The suit was brought by former Republican candidate for attorney general Tom DeVore on behalf of 850 businesses and residents in Effingham County and only applied to the plaintiffs.

In an 11-page ruling, Judge Joshua Morrison found the law violated the US Constitution and the Illinois Constitution and directly contradicted the landmark Bruen decision by the US Supreme Court (BREAKING: SCOTUS Strikes Down New York State Concealed Carry Law, Biggest 2A Victory Since Heller)

If he’d asked me, I would have reminded him that the Supreme Court has sent back similar laws upheld by the Third, Fourth, and Ninth Circuits for “reconsideration.” See Supreme Court Vacates Large-Capacity Magazine and Assault Weapon Bans in a Preview of What’s Coming Next.

Pritzker responded with the “but Mom, everybody is doing it,” gambit

“We are well aware that this is only the first step in defending this important legislation,” Pritzker said. “I remain confident that the courts will uphold the constitutionality of Illinois’ law, which aligns with the eight other states with similar laws and was written in collaboration with lawmakers, advocates, and legal experts.”

While this is a victory, it is not time for us to rest on our laurels. The restraining order is temporary. The restraining order only covers the plaintiffs in this one case. For the rest of the Third World sh**hole that Illinois has become, the unconstitutional law remains in effect even though most Illinois sheriffs have said they will not enforce that law (Illinois Enacts Assault Weapons Ban but Vast Majority of Sheriff’s Departments Won’t Be Enforcing It). This is just the first round. Eventually, this monstrosity will be struck down by Seventh Circuit. In the meantime, businesses will be damaged, people will be prosecuted, and Illinois will be a little less safe for having disarmed law-abiding citizens and done nothing to incarcerate criminals.