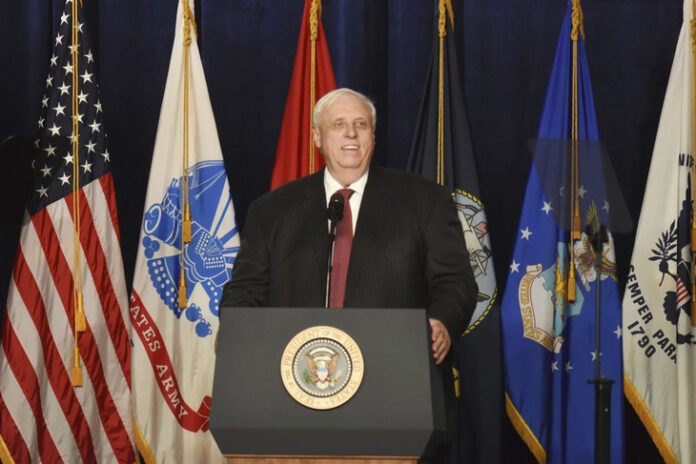 West Virginia is a state that marches to the beat of its own drum. There is no denying that. While they are not the first state to set up incentive systems that are designed to get citizens vaccinated, they have the most unique idea that we have seen so far. You won’t be able to believe your eyes or your ears.

Ohio, New Jersey and New York are states that have set up lottery systems to encourage people to get vaccinated. The cash prizes that are being provided in these states are sizable. Some of the winners will take home over a million dollars. Governor Jim Justice decided that he wanted to make things a bit more interesting.

Those who roll up their sleeves and get their jabs are going to be entered into a very special drawing. This is a very innovative method for bribing those who might be skeptical. This is a state that is known for its fierce loyalty to the Second Amendment, so it is safe to say that this governor knows his demographic and how to speak to them.

Shooting sports culture is also big down there. Of course, people want to know if there any limits on this giveaway. WTRF News has more:

‘Faster we get them across the finish line, the more money we save,’ said Gov, Justice.

The vaccine lottery will run from June 20- August 4 and the drawings will be once a week.”

We would like to be as clear as possible here. The lottery is not going to give guns to the winners and leave it at that. There are always going to be people who want different prizes. The list of prizes is actually a fairly impressive one. Residents are eligible for a wide range of options.

They are offering two full, four-year scholarships to any West Virginia institution for students ages 12 to 25 years old. $1 million dollars, five custom hunting shotguns, five custom hunting rifles, five lifetime hunting and fishing licenses, two 25 weekend getaways to state parks in West Virginia and two brand new trucks that are custom outfitted are all available to those who get their jabs.

The million-dollar prize is obviously the main attraction here but the rest of these prizes are also pretty sweet. No handguns are being given away here, either, they are just long rifles. As a constitutional carry state, the winners will only need to be 18 years old and have no felony convictions on their record. Those who are already vaccinated are still going to be included in the drawings, as long as they provide proof of vaccination.

Before the anti-vaccine crowd even has a chance to say it, we are here to dispel the notion that these types of incentives are bad. There is nothing wrong with offering incentives, as long as the government is not connecting them to any sort of mandatory action. No one is being forced to make these types of decisions against their will.

If people still want to choose not to be vaccinated, that choice is not being taken away from them in any sort of meaningful way. Of course, there is a common argument here that is going to come up regardless. The people who are not looking to be vaccinated are going to claim that this proves their point about being skeptical.

“I was never paid or bribed to get my shots before! Why the sudden change?” they will shout. At a certain point, there is nothing that can be done to convince these holdouts. Governors like Jim Justice are doing whatever they can to get their states back to a semblance of normalcy and we commend them for it. There’s no time to worry about the people who are going to distrust vaccines regardless of the evidence.