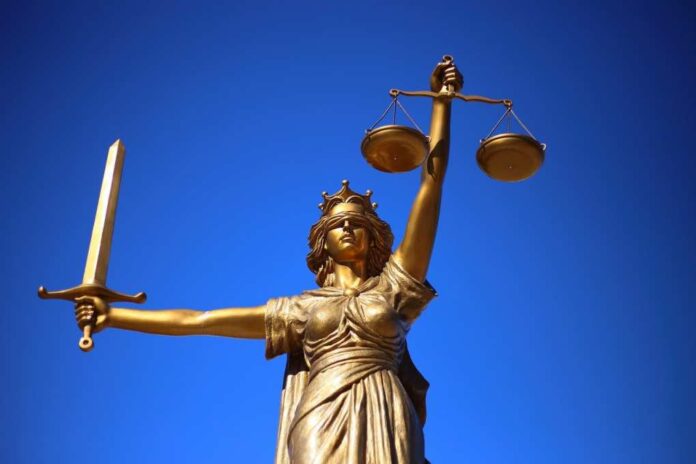 The organizations “Black Lives Matter” and ANTIFA are responsible for staging demonstrations across the country following the death of George Floyd. These demonstrations often turned violent, leading to looting and arson on a scale this country has never seen. The final tally of the monetary damages amounted to over 1 billion dollars.  At least 19 people died.

In response to the mass arrests of the protestors found looting, burning, or otherwise destroying public and private property, corporations began bailing out those who were arrested. Several politicians and celebrities allegedly contributed to “Bail funds” for the rioters, including people like the musical artist Drake and current Vice President Kamala Harris. As a result, most of the responsible parties served little to no jail time.

In Seattle, protestors barricaded themselves in a portion of the city, declaring it a “Police Free Zone.” Then-President Donald Trump declared the protestors “Domestic Terrorists” and “Anarchists.”  Yet, the autonomous region stood for almost 3 weeks.

These actions were all but publicly applauded by the radical left and the Democrats.

On January 6th, 2021, following what many consider an illegitimate and crooked election, a protest was planned at the US Capitol building in Washington DC. The situation quickly turned chaotic when political extremists stormed the building. Very little damage was done, no fires were set, and the only casualty was a protestor who was shot by an unnamed Capitol Police officer.

No one donated to a “Bail fund” for them.

It still remains unclear what actually happened, with many of the rioters having a known allegiance to several Left Wing groups. The potential remains that this “Insurrection” was a planned attack orchestrated by the Left for political capital. Trump supporters nevertheless were rounded up en masse and thrown in jail. Most of these prisoners were then sent to a Washington DC prison where they are being held in “Restrictive housing.”

Many of these political prisoners are still being held to this day.

Prisoners say mistreatment has been rampant over the course of their incarceration. A Pennsylvania man arrested during the insurrection was allegedly severely beaten by a prison guard while his hands were zip-tied behind his back. The resulting injuries may leave him blinded in one eye for life. A federal investigation is underway.

Other political prisoners say unsatisfactory conditions are the norm while incarcerated. Prisoners are held in solitary confinement, with only 1 hour per day outside of their cells. Allegations of rough treatment, inhumane and unsanitary conditions and other abuses have caught the attention of some lawmakers.

Georgia Republican Representative Marjorie Taylor Green, one such lawmaker, addressed the situation head-on by asking why the BLM and Antifa riots, which were more destructive, more costly, and more violent, were not also considered insurrections.

She has a point. Minneapolis alone had over 700 buildings damaged or destroyed, and the city suffered 55 million dollars worth of damage. In Portland, several attempts were made to burn government buildings. In Seattle, a new country was formed on US soil. None of these actions were widely condemned as an insurrection.

The only death that occurred on January 6th was a police shooting. In any other case of a police-involved shooting, the police officer is named and the nation is informed of the circumstances. In the case of Ashli Babbit, however, none of this has occurred.

Cell phone video of her death surfaced almost immediately following the shooting, yet the government has yet to release the name of the officer who shot her. That officer has, however, been cleared of wrongdoing. This occurred in private, without the media scrutiny every other officer in this situation has faced. In the wake of the Derek Chauvin trial, the double standard is even more pronounced.

Clearly, a double standard is being applied to the described crimes, and a double definition of the term “Insurrection” exists. The applied definition and the resulting charges seem to be directly related to your personal political agenda.  More specifically, it may be the political agenda of the prosecuting body that matters more. Clearly, the Left uses the media to influence public opinion and somehow still manages to hide the fact that the laws are unevenly applied, even while doing so in plain sight.

It’s time our Republican leaders begin to demand equal application of the law.