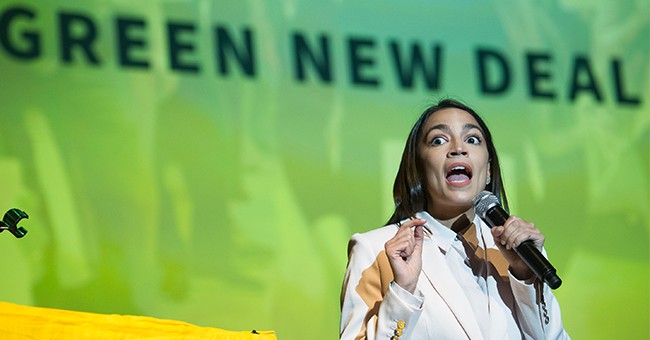 In a troll worthy of social media insanity, The Daily Wire‘s Matt Walsh launched a fundraising campaign for Alexandria Ocasio-Cortez’ suffering abuela. The grandmother of America’s Wokeheart has been condemned to living in squalor and poverty ever since President Trump forced a hurricane to hit Puerto Rico and then forced their governor to “misplace” millions of dollars in cash and aid just to spite the big, bad orange man.

AOC made sure to show us the horrific conditions her abuela has been enduring, and of course, took the opportunity to blame Trump, because it’s been a whole five minutes since someone on the left last mentioned him.

Of course, many people wondered how a sitting congresswoman making almost $200k a year (that we know of) could let her own grandmother suffer in such squalor. Why wait for government to help, when you can rectify a lot as a family?

Walsh took the notion a step further when he decided to challenge AOC’s ideas that only government can solve all of our problems. On Friday, the conservative commentator opened a GoFundMe account aimed at raising enough money to provide for Abuela AOC’s housing repairs and more. By Saturday, Walsh said he had been notified that the recipients have rejected the money and asked GoFundMe to halt the campaign, even as it surpassed $100k.

I must admit that I called this one wrong. I was convinced Matt’s trolling would end up blowing up in his face. I was sure AOC was smart enough to take that money and figure out a way to ridicule conservatives for giving her their money.

As it turns out, she is not smart enough.

As the folks over at PragerU suggested, the problem here isn’t capitalism, it’s that there is too much capital in permanent suffering.