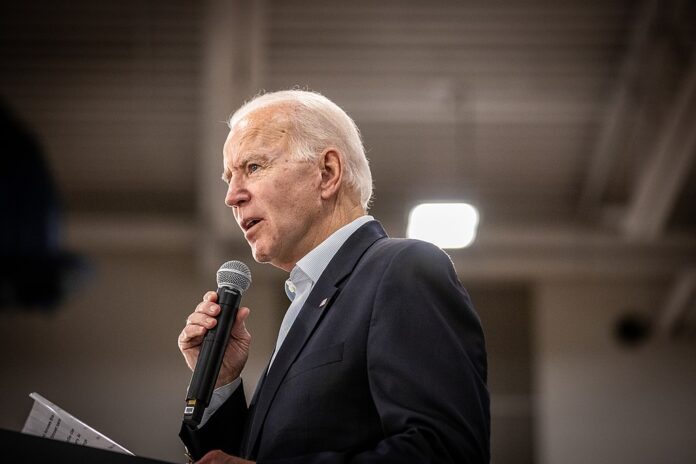 How many illegal immigrants become the breaking point for the United States? What is the number where we draw the line? How many will ruin the economy beyond repair?

It seems that President Biden wants to keep pushing the line to see just how many it will take to break the United States.

The Biden administration has formally requested Congress to pass an act allowing 11 million illegal immigrants living in the U.S. to obtain citizenship. That is a significant number, and it could have a number of detrimental effects.

The U.S. Citizenship Act of 2021 would allow illegal immigrants to apply for lawful permanent residency and citizenship. This would be one of the ways for him to honor June as “National Immigration Heritage Month.”

Biden explained how there are nearly 11 million people across the country who live in the U.S. undocumented. Passing the act would allow for an immigration reform plan, which Biden announced on day one of his presidency.

No other country in the world would forgive 11 million people who were in the country illegally. They would be fined, deported, or penalized in some other way.

Biden is taking the easy way out. And, the liberal administration is hoping that they can buy these 11 million people to the Democratic Party.

11 million people is no small number. It’s roughly the entire population of Georgia…or three percent of the entire country.

There are some asterisks to protect the country. The U.S. Citizenship Act would require illegal immigrants to pay their taxes for five years and pass criminal and national security background checks.

The problem is that if they don’t pass a criminal background check, what happens? Biden has tied his own hands with the power that he’s given ICE. It takes an act of God to deport someone, even if they have a violent criminal history.

Right now, we’re in a situation where there are millions of documented, legal Americans without jobs. The unemployment rates have not bounced back yet since the pandemic hit.

Yet, Biden will continue to put anyone else before Americans. “My plan would provide a pathway to lawful permanent residency and citizenship for these undocumented immigrants, including Dreamers, individuals with Temporary Protected Status, farmworkers, and other essential workers who contribute to our Nation every day.”

The Biden administration is not being realistic. They’re not even being consistent with their current protocol.

Right now, they have it outlined that three years after obtaining a green card, the immigrant can apply for citizenship IF they understand English and IF they pass additional background checks.

Why aren’t we making every illegal immigrant entering at the southern border RIGHT NOW pass a background check? Why aren’t we going ahead and making English the official language of the United States?

There are things that we can be doing now to protect the U.S. and ensure that anyone entering the U.S. are at least safe and capable of speaking English. Instead, the borders are open and we’re letting anyone in.

If we are to support the U.S. Citizenship Act for everyone already in the country, we have to stop letting just anyone in. Otherwise, the passing of the act will lead to an even greater surge at the border. After all, Biden just agreed to let everyone in the world become an American citizen…and who wouldn’t want that?