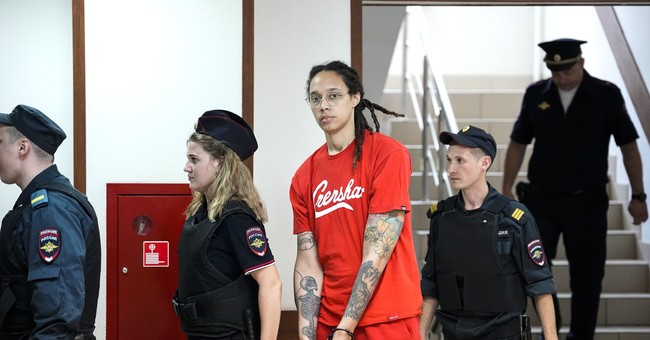 According to multiple news sources, WNBA player Brittany Griner has been released from a Russian prison following a prisoner swap with the United States. Griner has recently been sentenced to nine years in prison for possessing hashish oil, an illegal substance in Russia.

To get Griner out of the jam, the Biden administration agreed to release notorious arms dealer Viktor Bout, otherwise known as “the merchant of death.”

Griner is already in US custody and is presumably on the way home. Unfortunately, Russia rejected a two-for-two deal that would have also brought home former US Marine Paul Wheelen, who has been held by the Russians for over three years. Why that part of the negotiation broke down, and why Wheelen wasn’t prioritized given he has been detained longer, is something the administration will have to answer for (or maybe not, given the press probably won’t ask).

Before being arrested in Russia for breaking drug laws, Griner made headlines by demanding the WNBA stop playing the US national anthem due to supposed rampant, systemic racism. I’d guess she has a bit of a different opinion of her home country now, but that’s not a guarantee. It wouldn’t surprise me to see her double down in the future.