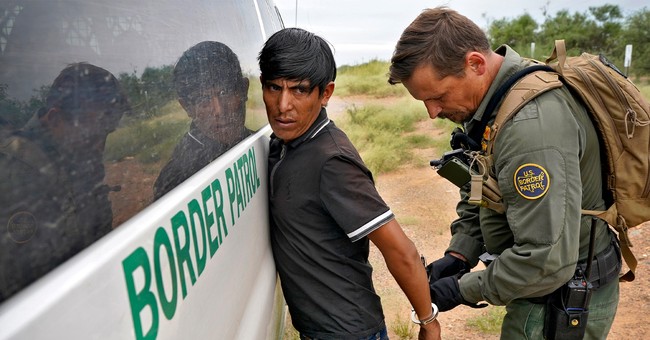 After President Joe Biden refused to visit the Southern border despite being nearby on a visit to Arizona–saying “there are more important things going on”-the Border Patrol Union on Wednesday took to Twitter to blast the president’s handling of the crisis. “Joe Biden Biden created this massive, chaotic mess at our border with his policies,” they wrote:

Biden has not visited the border a single time during his presidency.

What are the “more important things” Biden had to do instead of dealing with the surge in border crossings? Why, he needed to tour a Taiwanese chip manufacturing plant. Meanwhile, Wednesday brought more sad news; a 38-year-old patrol agent was killed in a high-speed ATV crash that occurred as he was pursuing a group of migrants. He was the father of two children. Not that important, I guess.

Given that Arizona is a border state and given the proximity of Phoenix to the border, one might expect the President could work a brief visit into his travels, but that, of course, might require him to acknowledge and confront the destruction wreaked by his administration’s disastrous policies and accountability isn’t exactly a prominent feature of this administration.

The numbers are staggering. The Center Square reported November’s totals:

Agents apprehended 212,608 illegal foreign nationals and recorded at least 93,461 who evaded law enforcement and are now living illegally somewhere in the U.S. Combined, they total at least 306,069.

Statistics show that as of September, there have been 2,378,944 “migrant encounters” during the fiscal year and 599,000 known “gotaways.” Scenes like this are a daily occurrence:

One of the most jaw-dropping reactions came from Rep. Debbie Dingell (D-Mich.) in a Tuesday appearance on Fox News’ “America Reports.” SisterToldjah explains:

In a nutshell, an obviously agitated Dingell told [co-host Shannon] Smith that Biden didn’t need to visit the border, that he had handlers (admin officials) who would visit and report back to him on what they saw. “He’s seen the photos,” she stated, while also complaining about the “fixation” on the “little issue” of wanting to know why the President of the United States has not made it a priority to show up and see the issues firsthand.

He’s seen the photos? What an utter embarrassment.

The Biden Administration released a statement Tuesday to defend the president’s refusal to make the short trip from Phoenix to the Rio Grande:

Of course, the President is also taking action to secure our border and build a fair, orderly, and humane immigration system. President Biden is focused on real solutions, not political stunts.

The disdain this president shows for a real human crisis boggles the mind. The deadly drug fentanyl is pouring across the border, killing hundreds of thousands in the U.S., migrants are drowning and dying en masse in overheated trucks, and this “leader” can’t be bothered to see the situation for himself. It would not be a stunt to visit; it would be Joe acting like the Commander in Chief instead of a cold-hearted, uncaring puppet.

The Border Patrol Union is right to be angry, as agents have been mistreated and are tasked with the thankless job of trying to enforce immigration laws while the administration kneecaps them with its policies at every turn.

However, it’s not just “cowardice” that drives Joe’s border policies–he wants chaos, and he wants virtually unchecked immigration. There can be no other answer to his absolute refusal to take any meaningful action to stop the flow.