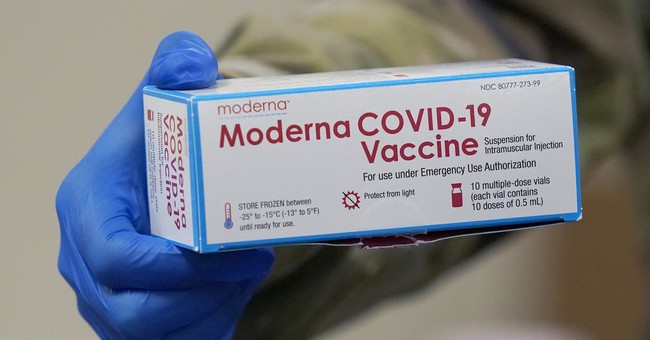 This is a major concession by the mRNA vaccine-obsessed Democrats, and an embarrassing loss for President Biden and Defense Secretary Lloyd Austin, who have applauded mandates since they were enacted last year. The ineffective, draconian commandments cost many their military careers, lowered morale, helped cripple our already disastrous recruiting rates, and made our country less safe. (Other than that they were great.)

Rogers said the bill could be released as soon as Tuesday for a Thursday vote and would allocate $847 billion for defense for fiscal year 2023. It’s certainly not a done deal, though, as continued negotiations and jockeying for position will inevitably ensue. But asked if he believes the repeal will stand, Rogers replied with a simple “yes.”

House Minority Leader Kevin McCarthy (R-CA), who hopes to become Speaker in the next session, had said on Sunday that the NDAA “will not move” if the mandate wasn’t repealed.

We lost a million people to this virus. A million people died in the United States of America. We lost hundreds in DOD. So this mandate has kept people healthy.

Except that it didn’t keep people healthy, Mr. Secretary. Despite early claims from Fauci and Biden that the vaccine would prevent you from getting COVID, those boasts turned out to be completely false. Not only are you perfectly capable of getting the ‘Rona after vaccination (and multiple boosters)–but you’re entirely capable of infecting others. Add that to the fact that there are increasing questions about the safety of the vaccines, and what you’re left with is a punitive, ineffective policy that weakens our military. As I reported in July, the recruiting level amongst our forces is at the lowest level since the Vietnam war.

Biden has yet to find an oppressive policy he doesn’t like, so naturally, he thinks every service member–every American in fact–should just continue taking shots despite all the evidence against them. According to National Security Council spokesman John Kirby:

Biden “continues to believe that all Americans, including those in the armed forces, should be vaccinated and boosted for Covid-19. Vaccines are saving lives including our men and women in uniform.”

In what seems like spitting in the faces of its personnel, the army continues to kick out servicemembers who aren’t vaccinated, according to Military.com. This, even as rumors about the possible repeal have been swirling for weeks. I guess they’ll just keep axing their own people until the last day before the NDAA is enacted.

The bill–and the repeal–still has more hurdles before passage, and right now we’re taking Mike Rogers’ word for it that Democrats are caving. It would be a rare concession to sanity for the Dems since this pandemic started. I might feel differently had the vaccines been even half as good as they advertised, but considering it doesn’t work very well and potentially risks myocarditis when given to young men, forcing it onto people is sheer lunacy.