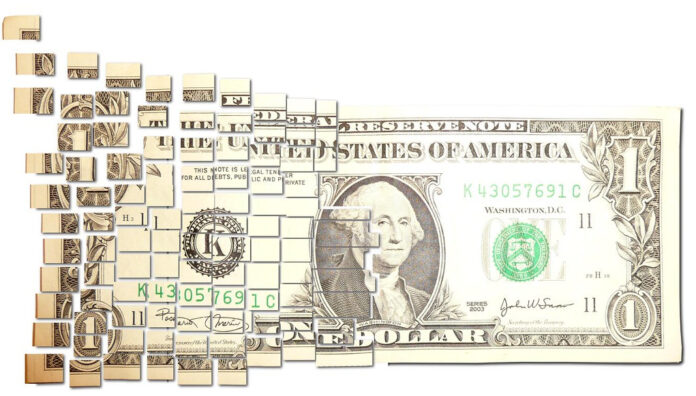 Remember when we used to have presidents who were fiscally responsible? They knew that they couldn’t spend more than what the overall revenue was. It ensured that the U.S. wouldn’t end in a deficit.

President Biden is pretending as though he’s never had a math class in his life. He’s had money for so long that he doesn’t know how to balance a checkbook – and it shows as he’s revealed the new budget.

It’s a scary number, yet the Democratic Party sees nothing wrong with Biden’s new budget.

$6 trillion is the budget that the White House sent over to Congress. It’s not just an operating budget – it also focuses on education, infrastructure, and climate change.

No matter how much we’ve already invested in these things, the budget includes even more.

Is it going to reduce the deficit? Absolutely not. The White House is insistent that borrowing is cheap right now, so we need to invest ASAP.

Republicans have already flagged the budget as a problem. It sends the country into a large deficit and it depends on hiking the taxes on corporations and the rich.

There’s a big problem with Biden’s ability to balance. The revenue is only $4.17 trillion while the spending is at $6.01 trillion. This doesn’t even make sense. Why would Congress dare to approve such a thing if it means a $1.84 trillion deficit?

Perhaps the scariest part of the budget is the $1.5 trillion set aside for discretionary spending. This basically gives the liberals the ability to claim the money through appropriations.

The budget makes many of the Democrats happy because it places spending where they deem it to be the most important. However, the liberals don’t believe that it’s enough because military spending hasn’t been scaled back sufficiently for them.

Meanwhile, Republicans simply can’t get behind it because of the debt level. Why dive in beyond that?

Of course, Bernie Sanders, the Senate Budget Committee Chairman has said that the budget is “the most significant agenda for working families in the modern history of our country.” Yikes. You know it’s bad when Sanders has given it a thumb’s up of approval.

Senate Majority Leader Mitch McConnell has warned Democratic members of Congress that they will need to “move beyond the socialist daydream and the go-it-alone partisanship.”

Every budget that is approved has to be bipartisan. It is what the country is passed upon.

Unfortunately, the budget is very partisan at the moment. And approving it would “drown American families in debt, deficits, and inflation” according to McConnell.

White House officials think that they can pass the budget because it will be paid for completely within 15 years.

Wait, so 11 years after Biden is out of the office, the budget for a single year will be paid for? Do they even hear the words coming out of their mouths anymore?

With tax increases, the deficits will start to be addressed by 2030. That is the nonsensical argument being made by the Biden administration.

What happens next year when there’s another $6 trillion budget? And the year after that?

Hey, by the time Biden is out of office, it should only take about three to four decades for the U.S. to recover. That’s basically what the administration is saying – yet they’re too dumb to actually realize it.

Biden’s budget proves that he’s not fiscally responsible. It also shows off where his political priorities are – climate change and his convoluted idea of what infrastructure means.

The problem with such a budget is that it is dependent on raising the taxes of Corporate America. Higher taxes means higher expenses. Corporations will end up passing those costs on to the consumer. It can lead to job cuts as well as inflation – none of which will help the economy.

Republicans are not on board. They haven’t been on board with any of Biden’s spending because it’s simply too much money. Yet, U.S. Treasury Secretary Janet Yellen along with the rest of the administration is naïve enough to believe that the budget won’t result in inflationary pressures. Well, we’ll just have to see about that.