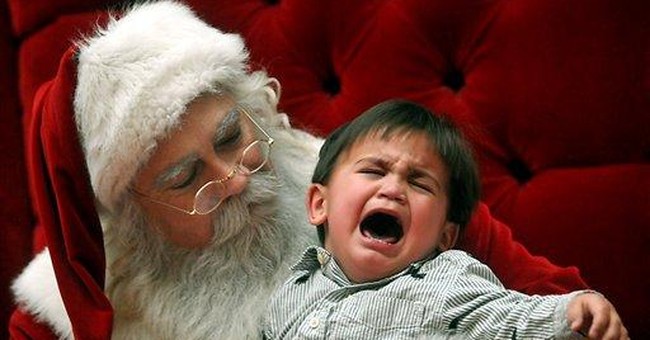 The news is going from bad to worse for liberal media companies. There have been several high-profile sackings recently, with the likes of Brian Stelter and Chris Cillizza being sent packing in well-earned moments of schadenfreude, and a new round of layoffs is hitting the woke media just as the Christmas season is getting underway. From CNBC:

Buzzfeed on Tuesday announced plans to cut its workforce by nearly 12%, or around 180 staffers.

The digital media company said the decision to lay off staff comes in response to challenging economic conditions, its acquisition of Complex Networks and an ongoing audience shift to short-form, vertical video.

Buzzfeed was once the go-to site for taking quizzes that would tell you which Apostle you were or what color to wear to have the perfect New Year’s Eve night. They dabbled in news, of course, making Ben Smith editor-in-chief. Yes, the same Ben Smith who recklessly released the Steele dossier back in 2016, unleashing one of the biggest media-led misinformation and election interference campaigns in recent memory. Smith later said he was “proud” of doing it. (Smith recently started his own news site, Semafor, which has taken dirty money from crypto fraud and Democrat mega-donor Sam Bankman-Fried.)

Is it any wonder that trust in the establishment media is way, way down? As RedState’s own streiff wrote, trust is down and layoffs are up:

In an environment where legacy media is collapsing — in the past week, CNN has started a massive round of layoffs, NPR is responding to a $20 million shortage in corporate grift with a hiring freeze, the Washington Post has folded its magazine and is contemplating widespread layoffs, and the New York Times newsroom will go out on strike on December 8, and we all know how well a strike works when you’re overpaid and have a skill set that can be replaced by sending a van to the Texas-Mexico border — this would be a wake-up call.

But, wait, there’s more. The Recount, yet another liberal media startup, is folding altogether, according to Axios.

The company, which raised over $34 million since 2020, struggled to find a profitable business model. Like most media companies, its prospects grew worse amid the economic downturn.

That’s a big wad of cash to have blown through in less than two years.

The central theme in all of these layoffs and shutterings seems to be “economic downturn.” Yes, Joe Biden’s miserable economy certainly doesn’t make being profitable easy, but do these woke outlets ever consider they are making subpar products? Is there ever any introspection, any questioning of where they might have gone wrong editorially? Any thought at all given to the fact that they continually promote the most vile of their news personalities (paging Joy Reid), people who spout vitriol and woke nonsense every time they open their mouths?

Perhaps it’s simply that these news startups are trying to fill a space that is already taken up by NBC, The Washington Post, NPR, The New York Times, etc.? Who needs new, independent liberal mouthpieces when we’ve long had the corporate media shilling for Democrats and radical leftist causes? It’s probably especially irksome for the left to see independent conservative media outlets thriving despite lacking the access and funding from which they themselves benefit.

No one celebrates people losing their jobs, especially during this festive time of year, but The Great Media Reckoning may just be upon us. They’ve lost Twitter. Strikes are looming. Layoffs are plentiful. Their hivemind mentality is off-putting. Will they take this time to reflect on where they’ve gone wrong? Doubtful. They’ll just keep on shilling and failing.