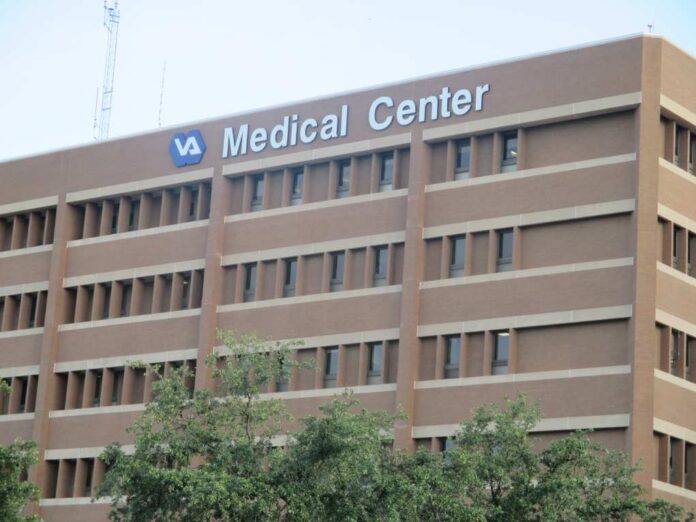 Ahh, the liberals are at it again. Let’s just tweak a few speeches given by important presidents throughout history. They won’t mind, will they?

The VA motto has stood for as long as it has because it’s a way to honor history. The motto is also based on a quote from Abraham Lincoln. To change the motto is to change the quote. And changing the quote means that history is changed.

Democrats throughout the country have been hell-bent on changing history for a while now. They don’t like the country that we were – and, therefore, if they can change history, they can somehow change the present and the future. It’s all about trajectory points, right?

The VA motto reads from Lincoln’s second inaugural address to say, “To care for him who shall have borne the battle, and for his widow, and his orphan.”

The VA, then, added “by serving and honoring the men and women who are America’s veterans.”

Exactly where is the problem?

The quote itself uses masculine pronouns of “him” and “his.”  There are Democrats who find that the pronouns are not as inclusive as they should be. They don’t believe that it honors female and LGBTQ veterans very well.

So, House and Senate bills are being drafted, known as the “Honoring All Veterans Act of 2021.”

Representative Kathleen Rice, a Democrat out of New York, seems to be quite proud of her update to the VA motto. She sees nothing wrong with changing the words that came out of Lincoln’s mouth. She’ll happily change history if it means that a few people won’t be offended by something that was said over 100 years ago.

Rice is under the impression that changing the motto of the VA will ensure that “all veterans receive the recognition they deserve from the VA.”

Really? So, since it was using pronouns in the motto that relate to only one gender, it was taking away from recognition? Doubtful. It’s simply another way to create drama inside of the government.

There has to be a point where intent gets factored in.

You cannot change a person’s speech because it is offensive to a small percentage of people.

Instead of letting the offended dictate everything, it has to become a teaching moment. The intent of Lincoln’s speech was not to be divisive. He was not looking to take away recognition from anyone. Instead, he was speaking in a way that was standard of the time.

The VA has evolved considerably since its formation. However, the motto should stand because it is the way in which Lincoln delivered the speech.

Using male pronouns in one aspect of the motto does not suddenly mean that the women and LGBTQ members of the military are suddenly denied recognition – and to say otherwise is ridiculous.

Wilkie has warned that the Democratic Party is looking to destroy the meaning of the American epic. “If you can if you can rewrite the past, you can control the present.” He points out that former President Trump identified that the Confederate statues across the U.S. were the low-hanging fruit and that it wouldn’t stop there.

And, he was right. Here we are in the next administration, and Biden and the rest of the liberals are targeting everything else that could destroy America.

The worst part about it is that there was a high approval rating from the women veterans of the VA during the Trump administration. An 84 percent approval is almost unheard of.

Clearly, the women weren’t offended by the VA’s motto during the Trump administration. They’ve only become offended because the Biden administration riles everyone up and demands that people get offended.

So, the VA motto will get rewritten. Lincoln’s legacy will be tainted. And, the Democrats will continue to delete various aspects of American history to suit their agenda.