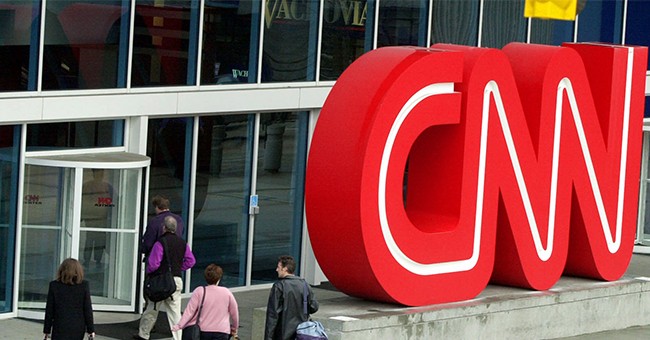 During an airing of “CNN Newsroom,” so-called “reality checker” John Avlon spoke with hosts Jim Sciutto and Poppy Harlow to whine about election laws. In this case, they pretended that democracy is somehow in danger because some states are trying to protect their elections.

Avlon chimed in, stating that “after the filibuster killed a bipartisan commission to investigate the attacks of January 6th on our Capitol and our democracy, you got to wonder what – why any reasonable person would believe that there’s room to reason together in good faith on issues like voting rights.”

The “Reality Check” guy then put up a map on the screen that showed all the places where voting rights are allegedly under attack. The graphic was so disingenuous that it included Kentucky, whose new law was passed with overwhelming bipartisan support, signed by a Democratic governor, and was previously described by CNN as one “that expanded voting access.”

Avlon then repeated himself, “So this is a sustained assault on our democracy going on right now, and it demands defense of our democracy at this time. So Democrats got to figure a way to get this through.”

Then, the white savior complex kicked in and they began referencing the Tulsa massacre, in which an estimated 300 black people lost their lives to a mob of white men who attacked the Greenwood District. Harlow, like any good white progressive woman would, said:

I keep thinking about this fight in Texas happening on the same day that we as a nation mark and recognize the massacre in Tulsa. And all of the civil rights and constitutional rights that the people of Greenwood were stripped of over that two days and what is happening now in terms of access to the ballot.

That’s right folks. Poppy Harlow literally compared election laws that have not even been proven to be discriminatory to a horde of racist whites shooting black men and women, setting fire to their homes and business, and dropping bombs from planes flying over the city. She believes that displacing over 6,000 black Americans and failing to recompense them for what occurred is worse than not being able to have drive-by voting.

Just as with Nazi and Jim Crow analogies, this is yet another way that folks on the hard left diminish the experience of those who have actually suffered vile atrocities to push their political points. They know the two issues are not comparable. But they peddle this nonsense anyway. But what can I say? White guilt often leads to behavior most would find bizarre.