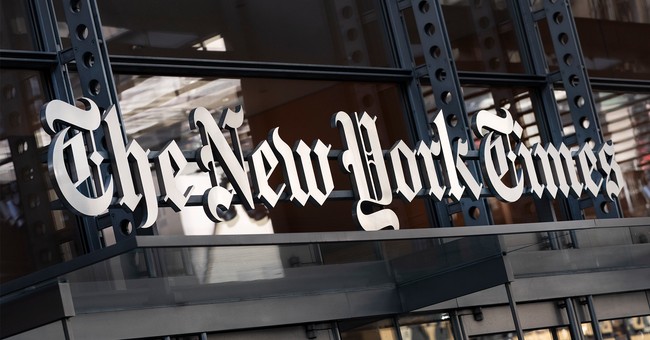 (As always, the opinions expressed in my posts are my own and do not necessarily represent the views of RedState.com.)

For the past couple of days, social media has been dominated by Elon Musk’s “declassification” of internal Twitter communications documenting how Twitter worked as an adjunct to the Democrat National Committee and the Biden Campaign to suppress the contents of the laptop Hunter Biden abandoned in a Wilmington, Delaware, computer repair shop. This is not to be confused with the laptop Hunter Biden claims was stolen by Russian drug dealers.

There has been all manner of crazy with allegations that Hunter Biden is the victim (The Pathetic New Liberal Cope to the Twitter Suppression Bombshells — Who the Real Victim Is), that Twitter employees have been put “in harm’s way” (Leftist Media Accuses Elon Musk of ‘Doxxing’ Twitter Employees Who Suppressed Hunter Biden Laptop) and that the real reason conservatives want the laptop is that they, like the Bulwark’s Tim Miller, are utter infatuated by the colossal nature of Hunter’s junk (Fake Conservative Media Uses Hunter Biden’s Genitalia as a Reason to Hide His Laptop Contents). We’ve also seen proof that Twitter lied to the Federal Elections Commission about its role in this atrocity (More Federal Issues for Twitter as FEC Commissioner Reveals Filing Denying It Worked With Democrats). If you are a Republican, this is called a “felony.”

Anyway, the entire weekend’s news was dominated by one story. Or was it?

Coincidentally, I stumbled onto an Axios article from over the summer headlined, “Trust in news collapses to historic low.,” and thought I’d take a look at it in light of the media omerta on the Twitter revelations.

Along with the article is this graph based on Gallup’s polling of trust in institutions (the data at the link is worth the read).

My first question was, who are these 11% and 16% who have a lot of trust in newspapers and television news, and how do I contact them because I have a lot of hot business opportunities to offer them?

Political party affiliation has become the primary driver of opinions about the media’s trustworthiness, as Gallup has noted.

In an environment where legacy media is collapsing — in the past week, CNN has started a massive round of layoffs, NPR is responding to a $20 million shortage in corporate grift with a hiring freeze, the Washingon Post has folded its magazine and is contemplating widespread layoffs, and the New York Times newsroom will go out on strike on December 8, and we all know how well a strike works when you’re overpaid and have a skill set that can be replaced by sending a van to the Texas-Mexico border — this would be a wake-up call.

But no, they can’t be replaced by upstart outlets like RedState.

Data and experts suggest the public struggles to distinguish fact-based journalism from opinion content online.
The standards used by traditional media outlets — like fact-checking, bylines, datelines, and corrections — have not been fully-adopted by online news commentators on blogs, podcasts and social media.

How often have we heard the “layers of editors and fact checkers” argument? And yet, these are the people who were totally punked by the FBI and intelligence community on the Russia Hoax (upside: Pulitzer Prizes were awarded for the best coverage of a totally fictitious string of events). It was the mainstream media that was sucked in by the fake Texas Air National Guard documents.

Thankfully, they’ve found the kernel of the problem.

Yes, but: The internet can’t be fully blamed for the erosion of media trust. And distrust in traditional institutions could force them to reckon with institutional problems, like a lack of diversity.

Semafor’s Ben Smith noted on stage Thursday at an event in Washington that the “single most important factor” in media distrust was “the horrible coverage” in the run-up to the Iraq war and “the disastrous media coverage in the years after 9/11,” when television and newspapers were still the dominant forms of news.
Politico founding editor and editorial chairman John Harris reminded Smith on stage that “in the old days,” a handful of people at a small number of outlets had all the agenda-setting power and they “would’ve all been white men.”
“All of us have biases and that maybe true objectivity is, what does your newsroom look like? How diverse is it?” said Al Jazeera English host Femi Oke at the event.

The numbers show something very different than what Ben Smith (whatever will become of “Semafor” now that its sugar daddy, Sam Bankman-Fried, is hiding in the Bahamas and its cash register, the “cryptocurrency” scam FTX, is bankrupt?) claims. The number of Americans having “none” or “very little” trust in the media took off in 2008, concurrent with the media’s perpetual tongue-bath of Barack Obama.

I also reject the utterly racist and misogynist claim that “diversity” in newsrooms has anything to do with trust. Tell me, do you check a reporter’s skin color or sexual proclivities before deciding, “I can trust xer?” I have a lot less trust when I know people are being chosen based on their skin color, genitalia, and pronouns. A quick trip through the opinion pages of the Washington Post and New York Times will confirm that bovine levels of stupidity and obtuseness are not the province of any single sex or racial group. If there is a diversity problem, it is that the staff comes from a privileged background and were trained in the same schools, and are culturally predisposed to be pig-ignorant of the life led by most Americans. No matter what visual form of diversity major newsrooms have, the people are monochrome in terms of backgrounds and outlook.

The larger problem is that the media is caught in a trap of its own making. It caters to an audience very much like itself that has the same prejudices and same biases. It isn’t covering the Hunter Biden laptop story because the people who read legacy media don’t want to read about the corruption of Joe Biden and his criminal clan. That includes reporters and editors in the media.

Where the conflict comes into stark contrast is in how the media covers highly controversial issues that aren’t necessarily partisan per se but which do have a partisan flavor. For instance, there was slavish obeisance to the “hands up, don’t shoot” fraud. Most of the media accepted the Jussie Smollett story at face value before that narrative spontaneously combusted. The BLM riots were portrayed as a legitimate protest, but January 6 was an insurrection. The media uncritically mouthed whatever lie Anthony Fauci and his posse was slinging and acted as enforcers to prevent debate that could’ve saved hundreds of thousands of lives and prevented the current epidemic of myocarditis in young people. The way mass shootings (Chesapeake, VA, Walmart; University of Virginia bus; Club Q; any weekend in Chicago) are disappeared if they don’t support a media narrative has become a running joke. Forcing puberty inhibitors on tweens and giving young girls mastectomies is entirely normal in the media. Homosexual marriage is the model, and the traditional nuclear family that is the basis for civilization is a patriarchal atrocity.

That these cultural faultlines have easy political analogs is deceptive. The media isn’t trusted because it dislikes most of America. It has contempt for most of America. And it lies relentlessly to reinforce the alternative “reality” of its most ardent readers: the profoundly stupid.

Mainstream media has now reached the point that aviators refer to as being “out of altitude, out of airspeed, and out of ideas.” When you reach the point where only about one-in-ten Americans trust you, you have a problem. You can’t change your way of coverage to create a larger audience because your core customers will revolt and leave long before you see market growth. Your only option is to double down on extremism to keep the audience you do have.

There is good news here. CNN is within a year or so of folding. Even Jeff Bezos won’t tolerate the sinkhole-for-cash that is the Washington Post. If the New York Times newsroom walks out on strike, the number of workers returning will be a fraction of today’s workforce. Slowly but surely, market forces are crushing the gatekeepers. I don’t know what will emerge from the smoking wreckage, but it can’t possibly be as vile and corrupt as what exists today.