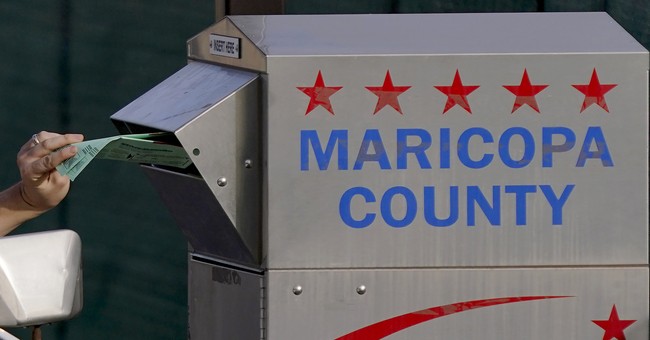 In light of the major issues residents of Maricopa County, Arizona faced at polling places on Election Day, the Arizona Attorney General’s office on November 21 demanded a detailed reporting from the county prior to the election’s certification on November 28. The Maricopa County Attorney replied to the AG’s letter Sunday afternoon, attaching hundreds of pages of exhibits in response to many of the questions posed by the Attorney General.

The county has not responded, however, to a subpoena issued by Arizona Senate Government Committee Chair Sen. Kelly Townsend that was issued Nov. 22. Sen. Townsend’s subpoena contained a number of detailed questions about procedure, and requested voluminous records. Townsend requested those documents by 9:30 a.m., Monday, November 28. According to the Arizona Republic, which labeled Townsend an “election denier”:

The subpoena, which Townsend shared with The Republic, commands county officials to bring a hard copy of the answers to the state Senate by 9:30 a.m. Nov. 28. It includes a list of 31 bullet points that each has one or more questions, asking first about the “exact locations of day-of voting centers that experienced issues with tabulators accepting ballots” and asking the reasons why the tabulating machines could not process some ballots.

The county’s response to the Arizona Attorney General claims that no voters were disenfranchised, that a reconciliation between the number of voters checked in and the number of ballots cast at each voting center at the county has been completed and that 170-vote discrepancy isn’t significant. The county also said that almost all of the voters who left one voting center for another ultimately had their ballot counted.

The county on Sunday said it confirmed the malfunctions occurred at 43 of the county’s 223 vote centers, although it indicated the number may be as high as 63. The Lake campaign, based on sworn declarations, had alleged in court the figure was at least 118.

Election officials have insisted affected voters could wait in line until the issue was solved, cast a ballot at another vote center or deposit their ballot in a separate box for tabulation later, known as “door 3.” Lake’s campaign has alleged some voters who pursued each of those options experienced issues.

County officials on Sunday indicated 206 residents tried to vote at a second location, and 122 of them were not properly checked out. Poll workers gave those voters provisional ballots, and election officials ultimately decided all but 13 of them should count.

Maricopa County officials are set to certify the election at 8 AM Monday morning, before Sen. Townsend’s subpoena deadline.