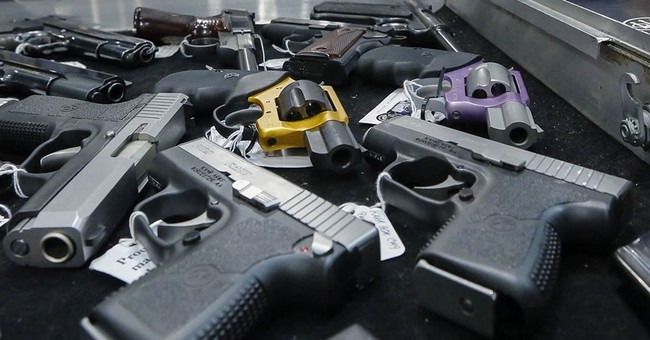 With murder and other violent crime rates across America continuing to skyrocket, is there any wonder why an increasing number of law-abiding gun owners are exercising their Second Amendment rights by regularly carrying loaded handguns? No, of course not — and the gun grabbers be damned.

According to a study published in mid-November by the American Journal of Public Health, the purpose of which was to determine the frequency of loaded handgun carriers among U.S. adult handgun owners overall, and – by state – concealed carry law status, the number of Americans who carry a loaded handgun every day doubled in just four years. Approximately 6 million Americans legally carried daily in 2019, compared to 3 million in 2015. Moreover, 16 million adults carried a handgun in the past month, compared to 9 million in 2015.

The study also found that gun owners have shifted the main reason for owning at least one firearm from hunting to personal protection. In 1994, 46 percent of gun owners used their weapons for protection. The number soared to 65 percent by 2015, 73 percent by 2019, and 83 percent in 2021 — and I’d bet a dollar that the percentage in 2022 is even higher.

Data from the American Journal of Public Health backs the study results, as transcribed by Blaze Media:

Of handgun owners who carried, 4 in 5 carried primarily for protection, 4 in 5 had a concealed carry permit, 2 in 3 always carried concealed, and 1 in 10 always carried openly.

This isn’t rocket science. I’ve grown weary of saying it, but the only thing that stops a bad guy with a gun is a good guy with a gun. And guess what, gun grabbers? If law enforcement arrives two minutes after you’ve been killed by a madman with a gun, you’re still dead.

The obvious question: Why has the number of Americans carrying increased so dramatically?

The obvious answer: Because record numbers of Americans no longer feel safe, including from random murders and other violent crimes, as Democrat “justice” has intentionally failed to protect — through policies and laws protecting convicted felons and repeat offenders — the citizenry of this country.

The study heavily cited the U.S. Supreme Court 6-3 ruling in June that struck down a New York state gun-control law that required firearm owners requesting a concealed carry license to demonstrate “proper cause” — which was insane from the outset. How about, “My ‘proper cause’ is to protect my loved ones and me from getting shot and killed”?

On a personal note, a wonderful woman who worked for me years ago was in a horrendous marriage, resulting in the need for several restraining orders against her husband. One day she told me, “Michael, they won’t do anything to him until he kills me.” Guess what? She was right; he followed her to her mother’s house after a particularly ugly incident, broke through the sliding door, and shot her to death.

Would Betsy have had “proper cause”? Do people riding the subways of New York City or walking the streets minding their own business who end up dead have “proper cause”?

Yes. SCOTUS ruled against New York, as cited by the study:

On June 23, 2022, the Supreme Court ruled that New York’s proper-cause requirement violates the Fourteenth Amendment’s guarantee of equal protection under the law by preventing law-abiding citizens with ordinary self-defense needs from exercising their Second Amendment right to keep and bear arms in public for self-defense.

Incidentally, Alabama on January 1, 2023, will become the 22nd state that will not require a permit or background check to carry a concealed weapon. In a perfect America, that law should be on the books in all 50 states, which will never happen as long as Democrats control multiple states.

Meanwhile, Joe Biden and other gun grabbers rush to TV cameras or issue statements calling for additional bans on firearms by law-abiding citizens without fail after every high-profile shooting. Go figure.