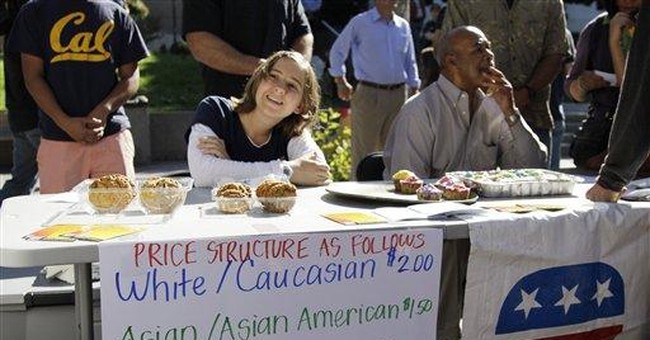 If you’re a New York high schooler and interested in accounting, hopefully, you aren’t white.

For those lucky enough not to be, there’s a new program sponsored by New York colleges.

Nine top universities — including five public ones — are taking part in the Career Opportunities in the Accounting Profession program.

The plan — sponsored by the New York State Society of Certified Public Accountants (NYSSCPA) and the Moynihan Scholarship Fund — will offer an accounting boost to 250 teens.

Per the official website, they only need to be “promising underrepresented high school students.”

The site sells the program as a “unique learning experience developed to expose” those nonwhites to “accounting and business careers.”

The nonwhites will encounter “successful diverse role models, in addition to an introduction to college campus life and expectations. The program is designed to teach students about the breadth and depth of accounting as a career choice.”

The student’s full legal name must be used when creating the Smarterselect account for the application.
(Applicant) must be an underrepresented high school student who lives in the State of New York.

But what does “underrepresented” entail?

The site makes clear which races may partake:

Winners will enjoy virtual sessions, which may include the following:

We’re at an odd place in America — a previous generation once discovered that segregation’s for the birds.

But a new generation’s telling the old-timers to take a flying leap.

Hence, occasions such as these:

As for New York’s celebration of diversity, here are the participating colleges (asterisk = public):

Campus Reform spoke to SUNY Oswego Provost and Vice President for Academic Affairs Scott Furlong, who took full responsibility — on behalf of NYSSCPA, not his school:

“The New York State Society of Certified Public Accountants sets the policy to provide the Career Opportunities in the Accounting Profession (COAP) program exclusively to high school students of color.”

Regardless, if race is so important, the whole point of the program may be moot: If nonwhite accountants plan to only serve nonwhite customers, there won’t be enough work to go around.