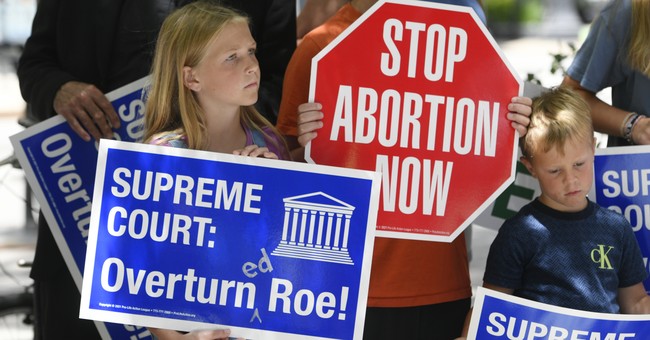 Georgia’s Supreme Court demolished an attempt by a pro-abort lower court judge to reinstate abortion on demand in Georgia. In a 7-0 decision (one justice was recused, and one didn’t take part), the court ruled that a 2019 “heartbeat” bill could immediately take effect. This struck down a November 15 decision by Fulton County Superior Court Judge Robert McBurney overturning the law, which effectively bans abortions after six weeks and puts abortion providers in Georgia out of work just in time for the Christmas season.

The decision by McBurney is illustrative of the rearguard action being fought by the children of Moloch and their progressive allies in the courts to preserve a “right” to child murder. After the Dobbs vs. Jackson Women’s Health decision (Full Opinion: Dobbs v. Jackson Women’s Health Organization) took judicial Roundup to the kudzu of Roe vs. Wade and Planned Parenthood vs. Casey, many judges and courts simply couldn’t wrap their minds around the idea that abortion was no longer protected by a bogus interpretation of the US Constitution.

In the case of McBurney, he found that even though the Georgia law had never been challenged or struck down, it was unconstitutional because when the Georgia legislature passed the law, Roe and Casey were precedents.

The six-week ban had been in effect since July but was thrown out Tuesday along with a requirement that physicians report to the state Department of Public Health when an abortion qualified under the state’s narrow exceptions, such as in the case of rape if a police report has been filed.

In his ruling, Fulton County Superior Court Judge Robert C. I. McBurney called the provisions “plainly unconstitutional” because they passed in 2019 and before the U.S. Supreme Court’s ruling in Dobbs v. Jackson Women’s Health Organization ended the federal protection to abortion access.

“Under Dobbs, it may someday become the law of Georgia, but only after our Legislature determines in the sharp glare of public attention that will undoubtedly and properly attend such an important and consequential debate whether the rights of unborn children justify such a restriction on women’s right to bodily autonomy and privacy,” McBurney wrote in his ruling.

As is, the restrictions passed three years ago “exist on paper only,” he wrote.

“They were and are void and must be re-enacted in our post-Roe world if they are to become the law of Georgia,” McBurney wrote.

One of the few remaining authors worth reading at National Review, Ed Whelan, takes this argument apart (here | here). If McBurney’s ruling were anything but a dishonest sophistry, then Dobbs would never have been heard by the Supreme Court because it conflicted with precedent. Neither would Brown vs. Board of Education because Plessy vs. Ferguson was the law of the land.

The Georgia Supreme Court indicated it would hear an appeal of McBurney’s decision before making a final ruling. The fact that the court ruled on his injunction in just six days and did so unanimously does not bode well for the forces of Baal. That said, a state supreme court doing the right thing is not a given. In Kentucky, the state supreme court continues to allow abortions to take place even though state law prohibits it.

For far, far too long, state legislatures and Congress have shown a deference to judges they do not deserve. When judges issue rulings that have nothing to do with law and everything to do with pushing a policy preference or personal agenda, the people’s branch must act. McBurney should be impeached. He may not be removed from office, but it would make his life interesting for about a year, it would cost him time and money, and it would serve as a warning to others like federal District Judge for the Southern District of Mississippi, Carlton Reeves. He is the judge who struck down Mississippi’s fifteen-week abortion ban that eventually became Dobbs. In doing so, he equated pro-lifers with the KKK (see Federal Judge Shows Why CJ John Roberts Was Dead Wrong About There Being No Obama Judges and Federal Judge Says Pro-Lifers Are Like the Klan and Men Should Have No Voice on Abortion).