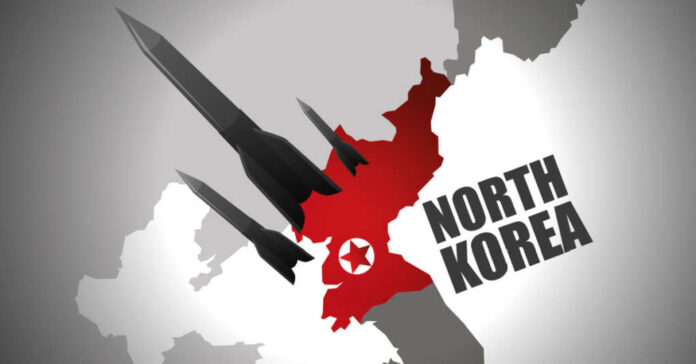 For the last few months, North Korea has been increasing its rhetoric towards South Korea, Japan, and the US. Seemingly emboldened by their ever-growing ties with Russia and China, the hermit nation and its leader Kim Jong Un has been testing the waters to provoke an attack, but so far things have remained tense between all parties.

November 17th saw North Korea promised “fiercer” military responses as the US continues to shore up defenses in South Korea and Japan. Shortly after that, Kim launched a short-range missile over the eastern waters of North Korea. Taking off from the eastern coastal Wonson area at 10:48 am local, the missile landed in the waters between North Korea and Japan. Upon identifying the launch, Japanese, South Korean, and US officials condemned the attack, claiming it threatens stability in the region.

This marks the end of eight days of silence from North Korea and is a return to similar launches to ones North Korea claimed were for simulations of nuclear attacks on US and South Korean targets.

North Korean Foreign Minister Choe Son Hu spoke about the US-Japan summits before the launch, describing them as leaving the situation between Japan and the Korean peninsula as “more unpredictable.” Choe continued, “The keener the U.S. is on the ‘bolstered offer of extended deterrence’ to its allies and the more they intensify provocative and bluffing military activities on the Korean Peninsula and in the region, the fiercer (North Korea’s) military counteraction will be, in direct proportion to it. It will pose a more serious, realistic, and inevitable threat to the U.S. and its vassal forces.”

These remarks are the first since the trilateral summer between Biden and his South Korean and Japanese counterparts as a sidebar during a gathering on November 13th in Cambodia. In a joint statement released afterward, the trio condemned North Korea’s recent missile tests and pledged to work towards further deterrence. Biden also reaffirmed the US commitment to defending both nations with full force.

Following the launch, South Korea’s Joint Chiefs said that earlier in the day, US and South Korean militaries had staged missile defense drills to review combined readiness for any North Korean provocations. They would not confirm or deny if these were planned tests, or if they had learned of the planned launch by North Korea.

In recent years, sources have claimed that North Korea is just five years from a full-scale nuclear test, and it would present a major threat to the US and its allies. Once developed many experts with the US and South Korea believe they would arm short-range warheads capable of hitting targets in South Korea including bases that house US troops.

At this point, the US and other nations have had enough. While the US along with South Korean President Yoon Suk Yeol met with Chinese President Xi Jinping to talk about North Korea as well as other topics, the two had different messages. Biden like other countries called on China and other members of the international community to encourage North Korea to behave, Yoon called on China to be a better mentor to North Korea as well as being a more active, and constructive role in addressing the nuclear threats by North Korea.

As the last established trade partner with North Korea, China has a unique opportunity to mentor and guide Kim into gaining respect on the global stage, but they refuse to. Instead, they are suspected of ignoring the UN sanctions on North Korea, and instead shipping clandestine assistance to keep the country going as well as acting as the defensive wall against the US influence within the Korean peninsula.