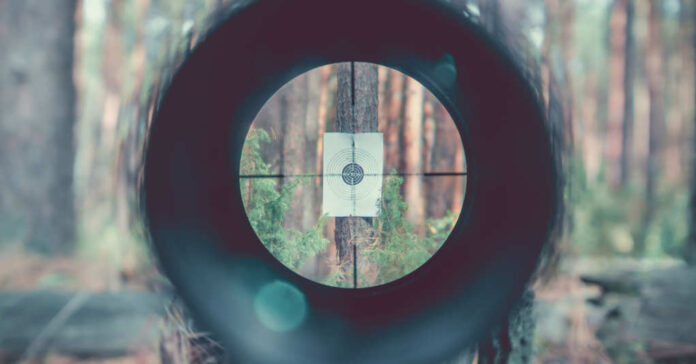 No matter where, how, why, or when a mass shooting occurs, the left will attempt to push its liberal agenda down the throats of law-abiding and patriotic Americans. While the center of their attacks had changed back and forth for years, as of late they remain solely focused on the idea of an “assault weapons” ban.

This time it comes hot on the heels of another gay nightclub shooting, now in Colorado Springs, CO just before midnight on November 19th. The attacker was stopped when two unarmed club patrons attacked him and pummeled him. At the scene, a “long rifle” was recovered along with one other weapon. According to preliminary reports, this is the weapon used in the shooting.

President Biden issued a statement about the shooting. “While no motive in this attack is yet clear, we know that the LGBTQI+ community has been subjected to horrific hate violence in recent years. Gun violence continues to have a devastating and particular impact on LGBTQI+ communities across our nation and threats of violence are increasing.”

Later in the speech, Biden identified the “long rifle” used in the attack and turned that into pushing the liberal agenda regarding firearms.

“When will we decide we’ve had enough? We must address the public health epidemic of gun violence in all of its forms. Earlier this year, I signed the most significant gun safety law in nearly three decades, in addition to taking other historic actions. But we must do more. We need to enact an assault weapons ban to get weapons of war off America’s streets.”

He undertook a similar tone following the University of Virginia shooting on November 13th. In this instance, a student on a university-organized football trip opened fire with a handgun, killing three and wounding two others before fleeing. While he remained at large for some time, he was later arrested and brought in. The three who died in the attack as well as the shooter were on the school’s football team.

These attempts by the left to demonize a singular firearm platform are appalling. They have been after these big scary black rifles for years, and the more they popularize them with the public, the more crazed lunatics choose them. Never mind their wooden and “safer” counterparts that receive no outcry despite the only difference being their stock materials and color.

For the party that bangs its own drum for tolerance, they seem to only be concerned about the outward appearance here.

While they keep finding reasons to push this platform, it’s getting tiring for all of America. Sure, the idea of those who look to harm is troubling. Yet the persistence of a ban against a firearm that doesn’t truly exist except in their minds is the part that is getting old. People want to enjoy the Second Amendment as promised to them. To put any sort of blocks up is to spit in the face of our founding fathers.

Even more importantly, nobody has asked the important question; how was he able to get a rifle into the club?

Given the soft target that clubs tend to present, any club worth its salt would have doormen preventing people from getting weapons in. So far, no story has come out of the doormen being shot and killed as the shooter made their way in, so how did this weapon and a second one get past security? Even the hardest line of gun aficionados will agree that guns and booze don’t mix, so most can understand not allowing them in nightclubs.

If they want to attack the American people for wanting to keep their semi-automatic rifles, then they need to have their own house straight. Yet they never have, and they never will. Instead, they should be dropping the argument and allowing the people to enjoy the liberties that were bestowed upon them by being Americans.