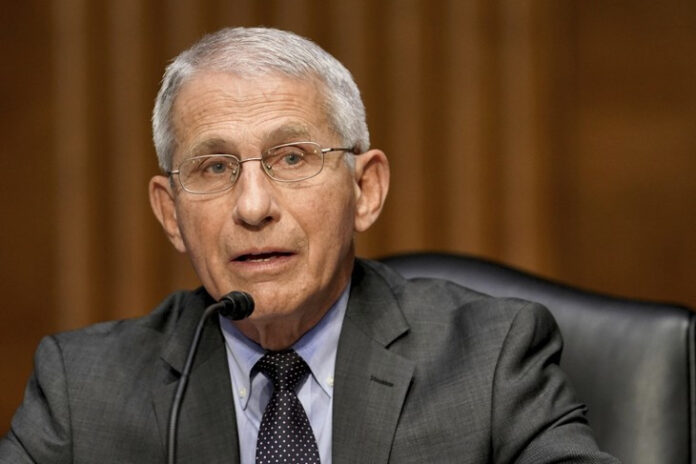 Dr. Fauci has reached a point where people are going to be less and less likely to listen to a single word that he has to say. We are not even sure what his latest pile of gibberish means. He thinks that it is premature to start lifting the pandemic restrictions but we are pretty sure that he meant for the non-vaccinated people? At least we hope so..

The vaccinated should not have to keep taking the same level of precaution. For what it is worth, we highly doubt that anyone is actually going to listen to him about this one. We are also going to be very fair to Dr. Fauci, who is being consistent for once in his life. He has said that he is only looking to roll the restrictions back once we have gotten the 10,000 cases per day mark nationally.

While we have yet to reach this ‘milestone’, we are getting closer and closer by the day. Let’s take a closer look at what Yahoo News has to say about this one:

“We don’t want to declare victory prematurely because we still have a ways to go,” Fauci told the Guardian in an interview. “But the more and more people that can get vaccinated, as a community, the community will be safer and safer.”…

“We cannot abandon public health measures when you still have a degree of viral activity in the broad community in the United States,” Fauci said. “Although we’re down to less than 30,000 infections per day that’s still a lot of infections per day.”

The national death rate among the unvaccinated population is roughly the same as it was in late March, according to a Washington Post data analysis published this month.”

Dr. Fauci is not wrong to be focused on case counts, as this is obviously an important measure of where we are at with the virus. However, vaccination rates are also a key aspect of the equation that cannot be undersold for any reason. Maybe they can get some of the holdouts to get vaccinated if they are willing to emphasize that part of our collective reopening.

Let’s say that they are looking for a 60 percent vaccination rate before all of the national restrictions are lifted. This is a surefire way to start motivating a lot of the holdouts, isn’t it? If you are going to tie the restrictions to the number of cases currently taking place, the non vaccinated members of our society will continue to ride the coattails of those who have gotten their jabs.

With seasonal factors that will also drive cases down, there is cause for optimism. So where do we stand as of right now? The case numbers are starting to dip below 20,000 per day, at long last. On May 31, we even had our first day with less than 10,000 cases since last March. These are the things that Dr. Fauci needs to be discussing but he is too busy harping on other issues. He doesn’t want to lose his new powers, so he will cling to whatever benchmark he needs to.

Yesterday was the first time since March 22 of last year (when tests weren’t even easily available) that fewer than 10,000 Americans tested positive for the coronavirus in one day pic.twitter.com/RgO7Dt77XY

Of course, the benchmark is not going to be met in earnest because of Memorial Day weekend. Since county officials are less likely to report their numbers during a long holiday weekend, the numbers that are being reported are going to be lower than they are in reality. The case averages are starting to decrease at a steady rate, at least. This gives us at least a small measure of hope for the future.

If the decreases continue at the rate that they have been progressing, we could be able to reach the Dr. Fauci benchmark in earnest by mid to late June. He may not want to surrender his new powers but it looks like the day is rapidly approaching where he will have no choice. Now the variants become our newest concern! Joy of joys…