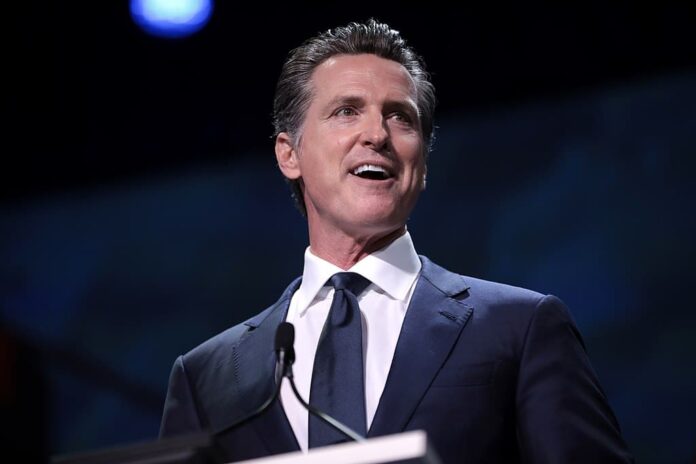 Democrats all over the country think they are invincible. They believe that they are the final source of authority and all others need to bow to their demands. During the pandemic, every building locked up tight for several months as a precaution. But when it was determined that things would not be as bad as they thought, many places opened back up. At least in the Republican states, they were able to get back to living and working.

Democratic strongholds in California are a different story. Gavin Newsom took the opportunity to shut down churches and refrained from letting them open up. He would allow other places such as restaurants and bars open, but not worship centers.

His liberal bias believes that religion is the enemy of Democrats trying to achieve in America. COVID-19 gave them the perfect cover to rid themselves of moral teachings and conservative influence. But his sinful actions did not go unnoticed, and the churches took him to court and beat him at his own game.

A federal judge took one look at the case and ruled in favor of religious establishments. Newsom is ordered to pay $1.35 million because of the 3,000 churches he lockdown and harmed because they could not open the doors. Churches survive on freewill offering, and when they cannot bring people into the services, there is no money being offered.

The federal judge stated that the lockdowns and the refusal to let them open were discriminatory. Now that the judge has ruled, he has no option but to pay for his crimes. The Harvest Rock Church was the place that started the fight. The initial case went all the way up to the Supreme Court.

It was finally determined that Gavin Newsom and other liberal nutcases could not tell churches what to do or how to worship. This means that the state cannot violate their right to worship or tell them how many people can attend the services. The only way that they could get away with such control is under horrible circumstances. But COVID-19 did not qualify.

The District Court Judge Jesus G. Bernal had stated that “limitations on church gatherings can only be imposed if child infections rise 100 percent, cases in the state are at a minimum of 26 per 100,000 people or available ICU hospital bed capacity drops to under 20 percent.”

The point is that state leaders like Newsom cannot get away with telling churches what to do. The judge also ruled that “Any new public health precautions on religious worship services and gatherings at places of worship not in the guidance [are included].” The crazy liberal governor is the worst man in the world when it comes to handling churches. He thinks he can walk right over them and get away with it.

The sad part was revealed when the judge said, “The church stayed open [during the lockdown], and the pastor and parishioners were threatened with daily criminal charges that were up to a year in prison.” People coming to the church and threatening people, and the state did nothing about it.

Newsom shut down the state in early 2020 and stated that anyone caught operating during lockdown would suffer terrible things. Churches were included in the shutdown. Later, Newsom allowed the churches to open at 25 percent capacity but not to exceed 100 people.

There was not a problem up until this time. But Newsom started to play games and shut everything down again. And the second time around, he targeted churches again and limited their worship ability. But all of that would change once the Supreme Court got involved.

Mat Staver is the lawyer representing Harvest Rock. Starver stated that “Gov. Newsom’s COVID restrictions intentionally discriminated against churches while providing preferential treatment to many secular businesses and gatherings. What’s important is this ruling is permanent. He cannot ever do this again.”

Newsom is under a recall for a reason. The people in California are tired of his dictator-style rule. And they have said with a loud voice that it is time for him to go.