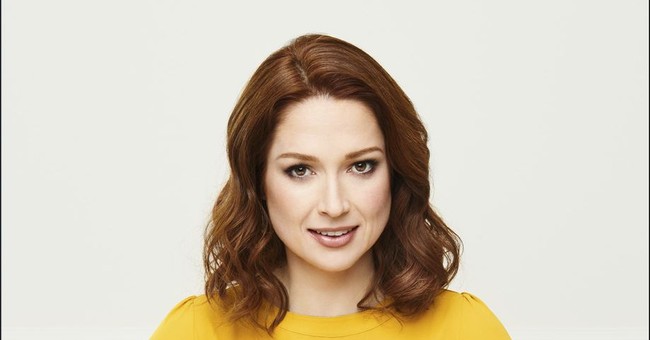 A few weeks ago I wrote an opinion piece about the scourge of cancel culture, and how the only way to ensure its demise is to force its progenitors to play by the idiot rules they set up. I used the sad example of Alexi McCammond, a Black woman who was offered the coveted position of Editor-in-Chief for Teen Vogue and was was let go on her first day after the discovery of some unflattering Tweets she made over a decade ago as a 17-year-old girl. I lamented that while McCammond didn’t deserve such silliness, these are the rules progressives like herself set up.

All that being said, and as much as I feel for McCammond, I just don’t think there is any other way this should go. She has to take her medicine. Not in regards to her past, but in regards to the future she – along with her colleagues on the Left – has cultivated with her intolerance. Conservatives have been ignored when we scream about the insanity of this type of cancel culture. We won’t be taken seriously until our liberal counterparts are also forced to face the consequences of this cancer.

It’s time for the Right to start being more vocal about making these people live by their own rules. If we don’t get to make the rules of engagement or control the flow of information, then it is our duty to enforce the rules as they stand. Liberals feel comfortable making such unforgiving rules, because they genuinely believe they will never apply to their side. They genuinely believe they are the “good guys” instead of just the Left.

It was one thing when the woke progressives started digging to “out” conservatives as awful people for things they said and did decades ago. That’s to be expected. It’s quite another when they come for their own, but that is the inevitable outcome of cancel culture. It is a ravenous beast that knows no satisfaction. Eventually it will eat its owners.

The latest nonsense is aimed at comedic actress Ellie Kemper, known for her role in ‘The Office’ and the Netflix show ‘Unbreakable Kimmy Schmidt’ – the show that launched a gif subculture thanks to costar Tituss Burgess.

I’m a big fan, and while I’ve never really paid much attention to her public utterances, I’ve always assumed she’s as leftwing as the next Hollywooder. So imagine my surprise when I wake up to a story from my favorite grievance bloggers at The Root. Ellie Kemper is a KKK Princess?

I had to look. As I combed the story I imagined I would come across some pictures of her in blackface, or dressed as a KKK Grand Wizard. Maybe I’d see a reprint of an old high school essay in which she liberally used the N-word or some other craziness. ‘KKK Princess’ is a pretty heavy label. This must be bad.

I actually had to read the story multiple times to figure out what in the hell was going on. As it turns out, it’s not me who is too dumb to get it. There’s absolutely nothing going on here, but leave it to the cancel addicts to dig deep enough to make something out of nothing.

Well, apparently the rabbit hole was opened when it became apparent that there are basically “Klan Balls” in Kemper’s native St. Louis, Mo. They’re called Veiled Prophet Balls, and they were historically exclusive to elite white folks. According to Newsweek, African Americans were eventually allowed to join in 1979 after protest…but…why would we want to???

And that’s it. That’s the story. Ellie Kemper participated in a fancy ball when she was a teenager and the fancy ball was once run by racists so…RACIST.

Let’s just go back to the “play by your own rules” thing for a second.

The entire case the wokesters are making here is that Kemper is guilty by association. She is accountable for accepting a tradition without being aware of its roots, and said tradition is rooted in racism so therefore and such forth, Ellie Kemper is a racist.

Well, that’s a problematic rule book for the left. You see dear leftwing friend, if you’re going to hold poor Kemper to these rules, then they’ve got to apply to you as well.

I can already hear the arguments. That was then, this is now, Kira! The current mission has nothing to do with the original mission.

Okay, let’s stipulate that. The VP Ball began allowing Black participants in *checks notes* 1979. When do they get the benefit of the “that was then, this is now” argument?

By this logic, every liberal who has a kid in public school needs to be held accountable for their support of a kindergarten-to-prison pipeline. We hear about it all the time. If you know the system is inherently racist, why are you still participating in it every year? Dear Ellie Kemper last went to a VP Ball in 1999. What’s your excuse?

Give back your car and pick up a bike because the inventor of the combustable engine surely had some problematic views on race and segregation. I’m not sure we can even depend on the bike. Was it invented by a white person? Then it’s probably not a good idea. After all, “whiteness” is inherently evil. The Critical Race Theory hustlers tell us this every day.

Voting…the constitution was written by slaveowners. How can you participate in an election system designed by racists? Every person who cast a vote in 2020 should be held accountable and be subject to immediate cancellation.

If this all sounds ridiculous, that’s because it is. But ridiculousness is the end result when you draw this logic out to its final conclusion. We should be demanding that the C(h)ancellors of Cancel Culture extend their logic to its final feet and inches. They must defend their insanity. The only way to make them defend it is to make every one of them subject to their own logic.

Sorry, Ellie Kemper. Tina Fey…you’re next (and no, pulling those problematic 30 Rock episodes from Netflix won’t save you).