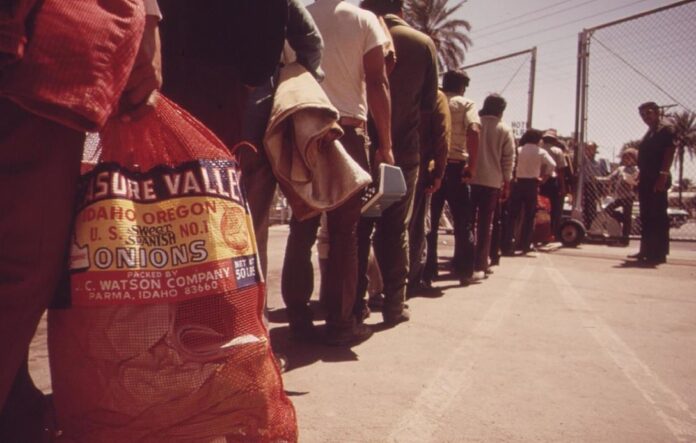 It’s always good to know where the Department of Homeland Security Secretary stands on important issues. Alejandro Mayorkas has proven once and for all that he’s on the side of the illegal aliens. American citizens be damned.

His utter disregard for public safety is astonishing. It is obvious with his move to end a local police program in Bristol County, Massachusetts. The program was designed to get illegal aliens who are also child rapists, assailants, and attempted murderers off the streets.

Forget that. Citizens can just take their chances.

Mayorkas directed Immigrations and Customs Enforcement (ICE) to end the 287(g) agreement with Bristol County. Further, he is terminating the DHS’s use of detention facilities in several states. These facilities are designed to hold criminal illegal aliens until they can be processed for deportation.

The 287(g) program has been an important one. It allows local police agencies to work with ICE to identify criminal illegal aliens. It ensures that those who are breaking the law and creating public safety issues are arrested and deported – as they should.

The program has been working well in Bristol County, so it makes no sense that DHS and ICE would end the agreement.

Only, it does. The Biden administration has decided that they want to be on the side of immigration, not public safety. They would rather allow criminal aliens to remain in communities, where they could actually rape children, carjack innocent residents, and even potentially murder someone in cold blood.

Why? Why would the Biden administration want this?

They want to appear as though they care about immigrants. They’ve been so violently pushed to the left that they don’t see the epic mistakes they’re making. They have actually chosen to put the lives of illegal and violent criminals before those of American citizens.

Jon Feere, the Director of Investigations for the Center for Immigration Studies, identified that state and local law enforcement trained under 287(g) in 2020 was responsible for identifying thousands of aliens convicted for various crimes. This included over 1200 convicted for dangerous drugs, over 900 for assault, over 100 for sex offenses, and the list goes on.

To say that the 287(g) program has saved the lives of Americans is putting it mildly. Illegal aliens are already allowed to stay in the country thanks to liberal legislation. However, the moment they break the law, they should not be allowed to stay. They should be arrested and deported. And this program ensures that it happens.

There’s no rhyme or reason for allowing violent criminals to be allowed to stay on the streets.

What’s worse is that it’s a double standard.

American citizens who are responsible for murder, rape, assault, and other violent crimes are convicted and sentenced to prison.

Yet, we’re allowing illegal aliens to literally get away with murder.

And Secretary Mayorkas is well aware of what he’s doing. He’s calculated. And he’s hurting the country.

Sheriff Thomas Hodgson of Bristol County summed it up on Twitter perfectly, saying that “Sec. Mayorkas and the Biden administration is putting politics over public safety.” He went on to say that the act was shameful because people across “our great nation” are now at a higher risk of being victimized.

Getting rid of the 287(g) agreement with ICE in Bristol County is only one of the latest decisions. The Biden administration is establishing more sanctuary states across the country. And, the number of criminal illegal aliens in ICE facilities is dropping since it’s nearly impossible to arrest and deport them anymore.

What a great nation we live in. We get to walk among murderers and rapists who entered our country illegally. They’re laughing as they bleed us, literally and figuratively. And to think that the Biden administration could have actually prevented the unnecessary bloodshed.