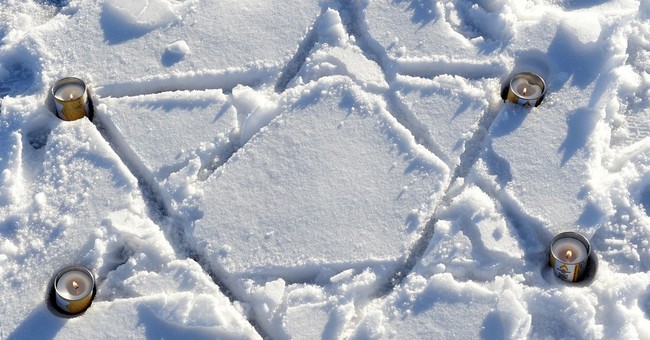 Here’s a wild story…hold on to your hats.

On Friday, the owner of Nashville hat emporium hatWRKS uploaded to Instagram a photo of herself wearing a yellow patch.

The adornment resembled the Star of David, and it sported the words “Not Vaccinated.”

She announced the patches were “great” and had a “strong adhesive back.”

As reported by WKRN, the entry was condemned as offensive by several users prior to being deleted.

Later, a new post to the account questioned why people were upset by the patch, but not outraged by the present “tyranny the world is experiencing.”

In a presumed reference to Nazi Germany, a later post noted that people are having to “show their papers” in order to return to the classroom, enter privately-owned businesses, or keep their jobs.

There was also mention of reliving history.

It was only a matter of time before associated entities spoke out.

These days, companies are ready to remark on controversies…at the drop of a hat.

Hence, Goorin Bros. — a top-notch hatmaker since 1895 — released the following:

“To be clear, we do not condone or agree with the views of this individual. We are investigating internally what actions can be taken and how quickly.”

“We are aware of the situation in Nashville. We take this matter seriously and are investigating in order to take the necessary and appropriate next steps. Along with our distribution partners, Stetson condemns antisemitism and discrimination of any kind.”

“As a result of the offensive content and opinions shared by hatWRKS in Nashville, Stetson and our distribution partners will cease the sale of all Stetson products. We thank you for your continued support and patience.”

Stetson wasn’t the only one to allege anti-Semitism.

Was the owner “mocking” Jews?

“Jews were beaten in the streets, not by Nazi soldiers but by their neighbors…even by children. Because history is edited, most people today don’t realize that to get to the point where Nazi soldiers could easily round up thousands of Jews, the government first made their own neighbors hate them simply for being Jews.

How is that any different from hating someone for their political views?”

She was, of course, subsequently fired from Disney+ hit The Mandalorian.

Back in Nashville, anti-Semitism or not, protestors surrounded hatWRKS Saturday.

Online response was a bit mixed.

Will the store survive?

This week should bring more news.

As for those denouncing the use of Nazi analogies to comment upon social or political issues, they’ve got a heavy backlog waiting…