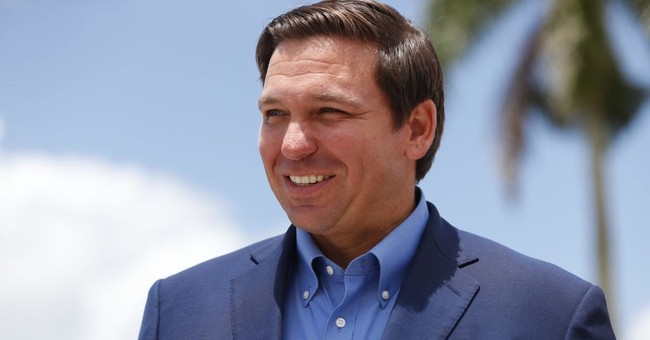 While the left freaking out on Ron DeSantis has become standard fare at this point, the Florida governor’s latest move has even many on the right criticizing him. DeSantis has told cruise lines that if they demand vaccination status from customers, the state will fine them $5,000 an instance. That’s part of a broader move to ban the use of so-called “vaccine passports” in Florida.

Here’s one of the typical responses emanating from his critics — just to set the stage here.

Let’s break this down into two parts.

For starters, do people still not understand how vaccines work? If you are vaccinated from COVID-19, what someone else does, even on a cruise ship, is irrelevant. Re-infection chances are not only so minuscule as to barely register after vaccination, but the chance of serious illness or death is essentially non-existent. It is the height of being a Karen to still run around lambasting people for not presenting their papers, if you yourself are vaccinated. Go live your life and leave people alone. Much of the country that isn’t vaccinated at this point have natural immunity, and the latest studies say that immunity is not only effective but may even last a lifetime. If those people don’t want to go get the vaccine, they shouldn’t be forced to.

In short, the idea that DeSantis is trying to get people sick is nonsense. If you are someone who is worried about being infected, go get the vaccine. Those that have chosen not to at this point should have the freedom to shoulder that risk. It’s really not any more complicated than that.

Now, the second part of this is what we are mostly hearing from the right-wing, which is that this is an overstepping of a government authority. It’s not, and I’ll briefly explain why. First, these ships use state-funded docks to do business from. Just as the federal government can dictate things to airlines because they use FAA-funded airports, Florida has a right to make demands of the cruise industry that profits from the use of its taxpayer-funded ports.

Regardless, the real issue here is how slippery of a slope it is to allow private businesses to demand private medical information from people. And where does it stop? Today, it’s discrimination against people who have scientifically-proven natural immunity. Tomorrow, it could be any number of other things that private businesses collude to demand medically of a customer. What is gained by letting that happen without pushback? And why should a governor not use every legal tool at his disposal to stop big businesses from overreaching in such a manner?

There’s a fundamental disconnect here between the various factions on the right. The more libertarian wing seems to literally think big corporations should be able to enact whatever tyranny they want. Meanwhile, much of the rest of the right understands we are in a cultural battle that spans both government and the world of big business. That battle can either be fought or lost by default. It is my opinion that the individual privacy and general rights of the individual should not be violated, just because a corporation decides to follow an unscientific edict for clearly political purposes.

DeSantis is fighting back because if you don’t fight on the hills in front of you, pretty soon you’ll have no more hills to fight over — because you’ll have been run off the battlefield.

How some Republicans still don’t grasp the seriousness of the current fight is simply beyond me. Democrats are not going to give their gains up. So, Republicans have to ensure we don’t lose in the first place.