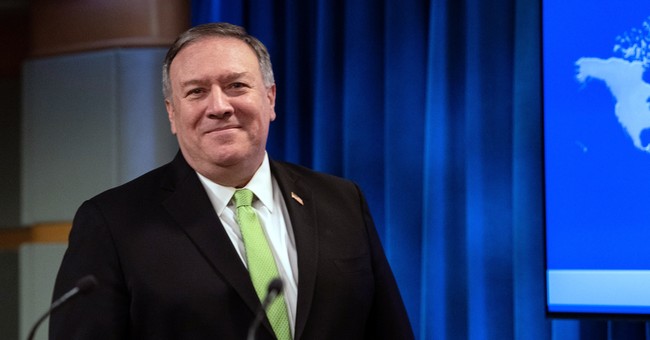 When we last heard the name ‘Mike Pompeo’ in these pages, readers, it was through my colleague Mike Miller, who wrote last month about the way the former Trump administration State Dept. chief made lefty heads explode all over the place — when Pompeo decided to join Fox News as an analyst and contributor.

Now, he’s riling the progressive left once again, by pushing back on the climate hoax agenda… and much like the last president the diplomat served, all it took was one, simple tweet.

And while the Gray Lady’s resident, GOP concern troll Maggie Haberman wrung at her handkerchief about Pompeo’s chances among the Republican rabble in 2024…

The fact is that Pompeo (and most conservatives I know) express their disgust with the progressive global warming scheme out of principle. It is anti-American. Its aims are not to protect the homeland, develop a flourishing economy, and encourage the values and ways of living that we’ve come to know as the American ideal. There’s nothing simpler than that formula; it’s what Ronald Reagan called the “three-legged stool” of conservatism.

Well, here’s Mike Pompeo calling out the Green New Dealers’ agenda as a dangerous, disastrous way of thinking — about our world, our livelihoods, our way of life, and our government’s relationships with others. We are not supposed to be at the beck and call of EU and other world powers; we are not the vassals of every self-important diplomat or world leader in Brussels or Berlin or (God forbid) Beijing. And our friends on the left make it no secret that they want the climate change agenda to lead us down that road to destruction.