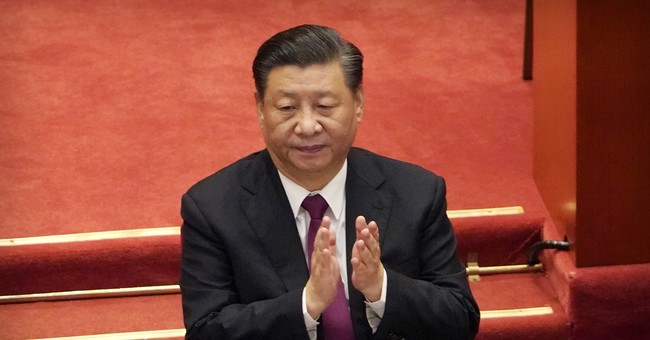 Given the current political realities in the United States and Canada, this report should surprise no sane person paying a modicum of attention to the attack on personal freedom in both countries. Still, it’s chilling as hell that Communist China continues to compromise territorial integrity around the world.

As reported by The New York Post, China has opened dozens of “overseas police service stations” around the world to monitor its citizens living abroad, including one location in New York City and three in Toronto. Never-learning Europe is home to most of the police stations, including locations in London, Amsterdam, Prague, Budapest, Paris, Madrid, and Frankfurt. In all, there are 54 such stations in 30 different countries.

According to the report, China is attempting to “combat the growing issue of fraud and telecommunication fraud by Chinese nationals living abroad,” and is running operations that have resulted in 230,000 Chinese nationals being “persuaded to return” to China “voluntarily” over the last year to face criminal prosecution.

Uh-huh. I’m sure no threats against these people’s families were implied or explicitly threatened.

These operations eschew official bilateral police and judicial cooperation and violate the international rule of law, and may violate the territorial integrity in third countries involved in setting up a parallel policing mechanism using illegal methods.

As these operations continue to develop, and new mechanisms are set up, it is evident that countries governed by the standards set by universal human rights and the rule of law urgently need to investigate these practices to identify the (local) actors at work, mitigate the risks and effectively protect the growing number of those targeted.

President Joe Biden and Canadian Prime Minister Justin Trudeau were unavailable for comment, with unconfirmed reports that both “leaders” were too busy working to further abuse or deny the constitutional rights of their own law-abiding citizens. [sarc, of course — but barely]

The Communist Chinese government, of course, claims the stations provide vital services to its citizens living abroad, though the report notes that many of the services would be traditionally carried out by an overseas embassy. Instead, the report says, the stations have been used to enhance China’s overseas law enforcement capabilities in possible violation of international law.

The report details human rights abuses associated with the stations, including the use of harassment and intimidation methods. The stations also serve as propaganda centers for the Chinese government. Yet, they’re insanely allowed to operate on U.S. soil with impunity.

Finally, the Safeguard Defenders report calls on affected countries to urgently investigate the stations — another “duh.”

As these operations continue to develop, and new mechanisms are set up, it is evident that countries governed by the standards set by universal human rights and the rule of law urgently need to investigate these practices to identify the (local) actors at work, mitigate the risks and effectively protect the growing number of those targeted.

Therein lies the critical question: Why is the United States, the principal roadblock to China‘s often-stated goal to dominate the world economy — at the very least — allowing an illegal Chinese police station in New York City? And why isn’t U.S. media all over this story and asking these questions of the White House? Except for the likes of CNN, MSNBC, The New York Times, and The Washinton Post, that is.

No idea. Then again, the president has assured us China isn’t going to “eat our lunch, c’mon, man.”

Whose lunch is China going to eat next, Joe?