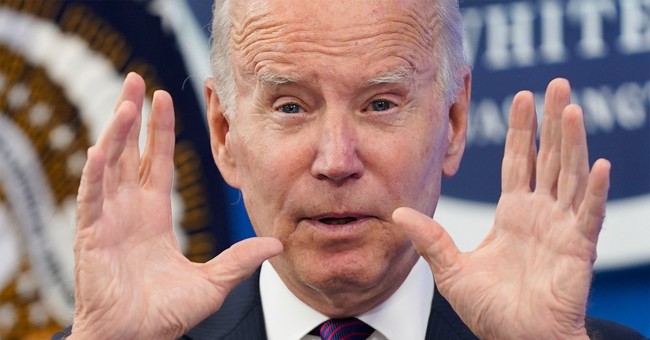 It’s been a year since NBC reporter Kelli Stavast was interviewing NASCAR driver Brandon Brown after his win at Talladega. The crowd was chanting:

Stavast smiled and said to Brown, “They are chanting ‘Let’s Go, Brandon!'” Yeah. No, they weren’t.

It was plain as day, but reporters, even those in sports media, are in the tank for Biden. They see and hear what they want to see and hear. One year ago, the economy was in free fall. Biden had just withdrawn from Afghanistan, with disastrous results. Illegal aliens and drugs were pouring across the border in record numbers. Inflation was hitting hard. Prices were rising, and Biden was about to threaten Americans who were saying “no” to Biden’s COVID nonsense with a dark winter of death.

It’s only gotten worse. Biden is a disgrace. He’s threatened half the country, his poll numbers are a joke, and his brain has shriveled up like George Costanza’s junk.