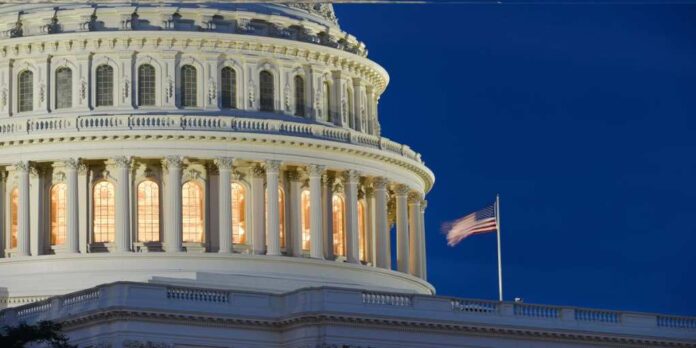 Speaker of the House Nancy Pelosi has revealed why she is not fit to continue to serve and conduct business in the lower chamber. The crazy woman decided it would be best for voting to take place by proxy instead of requiring members to be present to cast their vote.

For Nancy Pelosi, the pandemic continues. The extension of proxy voting was done because she still considers the COVID-19 virus a public hazard. Her extension of the voting measures is set to go through November 10.

The liberal nutjob cannot accept that her era of torturous reign is coming to an end. The Republicans are expected to win the House by dozens of seats which will take Pelosi’s position of power away from her.

Fox News reported that President Joe Biden confessed in an interview with “60 Minutes” that “The pandemic is over. We still have a problem with COVID. We’re still doing a lot of work on it.”

Pelosi could not accept that her fellow terrorist ended the liberal-loved pandemic that they all hid behind to get their fill of power. Her extension of remote voting is expected to extend beyond the midterm elections.

Other liberals, stunned by his words, quickly clarified the president’s admission of the end of the pandemic. Fox News reported that Surgeon General Vivek Murthy stated, “What the president is reflecting is the fact that we have made tremendous progress against COVID-19. We’re in a very different place now than we were at the beginning of this pandemic, with significantly lower death rates. We have all of our children back in school, people able to go back to work, families, and friends able to see each other.”

The Democrats are acting like the country must now rebuild after the pandemic. But they forget that Republican-run states have been free for over a year, and their economies and kids are doing get. But in the liberal-run states, things are messed up, and kids are still being held hostage by greedy school boards wanting to drag out the issue so they can get what they want from state leaders.

The public health emergency that Pelosi is hiding behind is nothing more than another ruse to help her people campaign before losing their sets to Republican candidates. The proxy voting option also allows her group to stay at home and not fulfill their job to serve the people by being in their seats in the House. They stay home and get paid for doing nothing but check the approval box for Biden’s bills.

Fox News also reported that examples of voting from home had been seen to take place while many of the royal liberals were traveling the world. Cindy Axne from Iowa was found in France on vacation when she cast her vote for the Inflation Reduction Act.

The Democrats act like kings and queens when they get into power. They cannot bring themselves to realize that they have committed to serving people and not ruling them by taking office. The extended voting method is another way for the left to screw over those they are supposed to represent in the House.

Fox News also found and reported that of the 17,000 proxy votes in 2021, 72 percent of them came from Democrats that decided they did not need to show up and do their job. They let the House know they were not coming into work and would let another person vote in their place.

The disunity within the Democratic Party is evident. Joe Biden and Nancy Pelosi cannot agree on much of anything. One thinks the pandemic is over, but the other believes it should continue. And they will suffer the consequences of their greed and refusal to work for the people when the votes are cast, and the Republican Party can stop the destruction they have done.