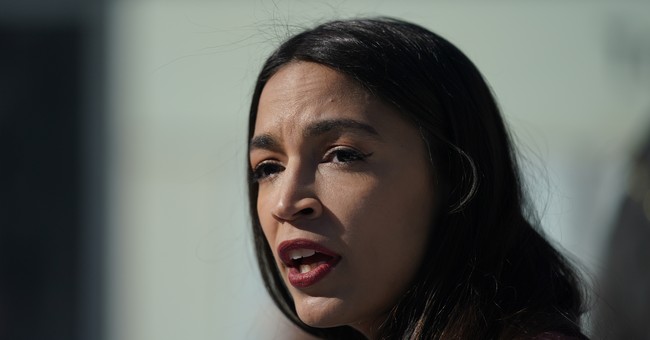 What can be said about New York Democrat Rep. Alexandria Ocasio-Cortez that hasn’t already been said? A lot — but not on RedState or any other reputable site. As the erstwhile bartender continues to mourn over the Supreme Court’s overturn of Roe v. Wade, she also continues to jack up the hyperbole.

AOC sat down to preach to her Instagram fan club on Thursday, arguing that on-demand abortion is a part of the class struggle-and that pro-lifers want to help “large-scale employers” maintain their workforces. But AOC being AOC, she did so in hilarious fashion.

And so the idea is that abortion and access to abortion is somehow not a profound and essential economic and class issue — and class struggle — is certainly something that I think a person who’s never had to contend with the ability to carry a child– you know, it belies that perspective.

Oh, honey, no. I know how much you love rambling on and sounding all profound and stuff, but c’mon.

Let’s deconstruct, shall we?

Secondly, the notion that Court’s decision to correctly return abortion issues to the states and, presumably, elected lawmakers,is tantamount to “conscription” and “class warfare” against “large-scale employers” is AOC at her hilarious “best.”

But again, AOC is AOC — in all of her pontificating glory. And you know what that means: being AOC is not as easy as it looks.

Remember when AOC recently told Texas Governor Greg Abbott in a tweet that he was struggling at his job and should consider another line of work? Or that as a “woman of color,” she feared she wasn’t “going to be alive in September“? By all accounts, she is alive — brain-dead, maybe, but alive and kicking. Or finally, when she went full clown-world in July while desperately trying to connect firearms manufacturers to “white supremacist” symbols? You can’t make any of this up, because AOC has already done it for you.

Call her what you want. AOC, Alex from the Bronx, Sandy Cortez, or an erstwhile bartender, Alexandria Ocasio-Cortez is unlike any other. Unfortunately, she believes that, too — but for entirely different reasons.