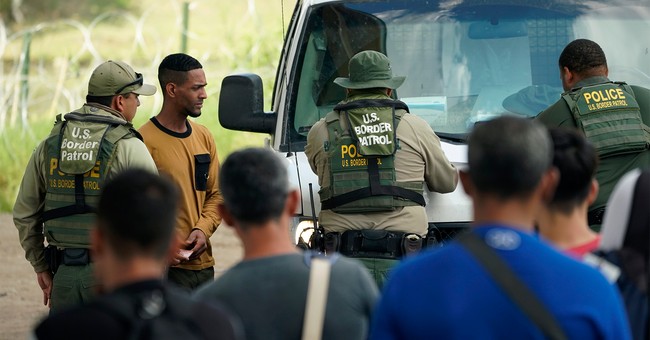 I reported earlier on the scandal of the horrific treatment of kids in the Fort Bliss camp that the Biden Administration maintained for illegal alien children.

But there’s another very bad result of the open borders policy that I touched on in that story: there are also a record number of illegal alien deaths.

“It’s going to be the deadliest year by far,” said Brandon Judd, president of the National Border Patrol Council. “When you look at the last year prior to President Biden taking office, the most deaths we ever had was a little over 300. Now we’re right at 800. It’s the most dangerous situation we’ve ever seen by far, and I’m going to go back to the point that Democrats do not care.”

We’re only in September and already, it’s more than twice it’s been in any other year-almost three times as much.

That’s not only a terrible human cost for the illegal aliens who die in the course of getting here, but it’s also a big problem for the local areas to deal with as well, as Daily Caller reporter Jorge Ventura explains.

Maverick County Sheriff Tom Schmerber told Ventura that they’re receiving one to two dead people a day who may die from dehydration or drowning. They’ve had so many people that they may no longer have space in their local cemetery, and the funeral director in Eagle Pass can’t take any more people. So, they’re keeping the people in refrigerated trucks.

Eagle Pass Fire Department Chief Manuel Mello III said that recovering the bodies every day has been very traumatic for his personnel.

The people dying include babies.

There are so many people, they’re starting not to be able to do autopsies on them anymore, because they can’t deal with the number of people.

We saw the liberal media losing their minds over Florida Gov. Ron DeSantis sending aliens to the liberal enclave of Martha’s Vineyard. They called that “cruel.”

No, cruel is keeping kids in abusive conditions, as the Biden Administration has done. Cruel is having the border remain wide open, leading to all these people dying-and the cartels abusing the people in the process.

Yet, where is the media when it comes to this? Where is Kamala Harris, the person who is supposed to be working on the border questions? If President Donald Trump were in charge, this would be on every liberal network, 24/7, and Rep. Alexandria Ocasio Cortez (D-NY) would be in Texas crying at the border. But it’s Joe Biden, so none of them care.