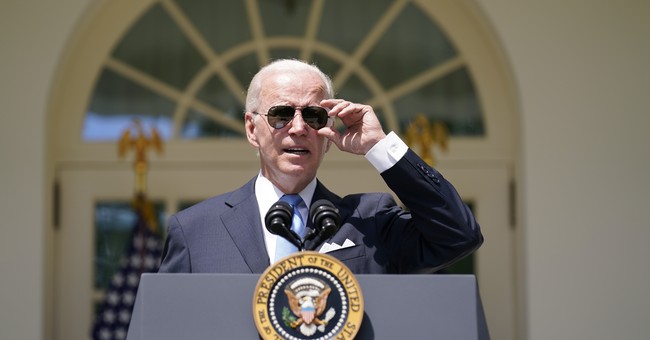 Wednesday has been a banner day for Joe Biden’s senility, and as of this writing, it’s only lunchtime.

Per RedState’s prior reporting, in one of the more incredible and sad moments of his presidency, Biden called out for deceased congresswoman Jackie Walorski while hosting a conference on hunger and nutrition. Before her tragic death in a car accident, Walorski had co-sponsored the bill that established the event. Biden had apparently forgotten about her passing despite putting a statement on it and signing a bill meant to honor her recently.

Worse, after the president’s stunning moment, the White House apparently pulled the plug on a tribute video that was set to play. So to recap, the president forgot Walorski was dead, and because of his bought of senility, his handlers then had to cancel the part of the event that was meant to honor her so Biden wouldn’t face further embarrassment. It’s just insane when you put it all together.

Unfortunately, things devolved from there. After his “where’s Jackie” statement, the president delivered remarks at the White House celebrating “Disability Pride Month.” Then this happened.

This is one of those instances where you can just read the quote and know how bad things went, but to really get the full effect, you’ve got to watch the video. It’s not just that Jill Biden casually directs the president off the stage after he wanders off in the wrong direction. It’s that after she does, Biden then looks like the walking dead as he lags behind her. His arms hang lifeless with no movement, his feet shuffling in a way reminiscent of your 94-year-old grandmother.

A normal, healthy person with full faculties does not walk like that. They do not get confused about how to exit a stage when the ramp leading down to the seats is so clearly defined. Why is Jill Biden up on the stage anyway if not to be there to guide her husband down? What we are seeing is scary from a national security standpoint. The president is not the president, and it’s patently obvious that his handlers pull the strings while he stumbles from event to event, trying not to become incapacitated in the process.

For context, the mainstream press called for Donald Trump to be removed via the 25th Amendment because the former president walked slowly down a wet ramp. When it comes to Biden, though, they completely ignore what’s happening and insist that those who point it out are misrepresenting. But you can watch those two videos above and know that there’s no misrepresentation going on. The president really is in as bad of shape as he seems, and it’s outright cruel that Jill Biden and the rest of his handlers continue to abuse him like this just because it delivers temporary power and fame.