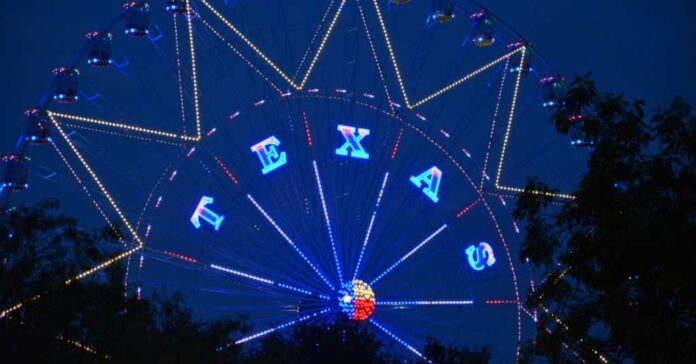 Any fair in Texas, as you can imagine, is huge. And it can be chaotic as there are so many things going on at any point in time.

Police officers and security guards are always present because you never know what could happen when the crowds get so large.

The Tri-State Fair & Rodeo took place in Amarillo, and Potter County deputies were on site.

And it seems that the festivities started off with a bang – and not the good kind.

A gunman opened fire, killing three people including two first responders. Sheriff’s deputies shot and killed the gunman before there was a chance for anyone else to be harmed.

This happened just before 11 p.m. last Monday. According to Potter County Sheriff Brian Thomas, the male suspect “opened fire on the deputies, striking a deputy and an off-duty firefighter.” Both were working the event in an off-duty capacity. A bystander was also struck.

One witness told the local KFDA-TV that it was “pure chaos” on the scene.

All three who were shot were transported to a nearby hospital with non-life threatening injuries. The gunman was also transported where his injuries were described as life-threatening.
The Texas Rangers are currently investigating what happened – including if there was any motive for the gunman to open fire. Thomas did not offer reporters any kind of assumed explanation nor did he release the names of the suspect or the victims.

The Tri-State Fair closed for the remaining of the night, though it was open the next day so that fairgoers could enjoy the midway and all that was there.

Amarillo is approximately 350 miles northwest of Dallas. This information is of particular interest since the Texas State Fair will be taking place at the end of the month.

While no one wants to assume that there will be shots fired at any outdoor event, the possibility is always there – and it’s likely that there will be even more officers and guards on duty at the Texas State Fair as a result of what happened in Amarillo.

The fair in Amarillo also released a statement that explained that their normal operating hours resumed on Tuesday. They also said, “Additional security measures will be in place at gates and on grounds. All walk-through traffic needs to occur at Gates 1 & 4.”

Many on social media have been asking how this could have happened as well as what could have been prevented. Of course, there are always the liberals that demand that guns be confiscated from all Americans.

A “clear bag policy” was implemented for attendees this year to make it easier to spot any weapons entering the premises. Unfortunately, the rules are not always followed – especially when there is someone who is determined to cause mischief.

Now, it’s only a matter of time before Beto O’Rourke, the Democrat running for governor, is all over this incident. Forget that people were shot – he’ll be using it as political fodder so that he can get the votes away from incumbent Governor Greg Abbott.

Will such antics work? There’s no telling. We can only hope that the state will remain red after the November elections.