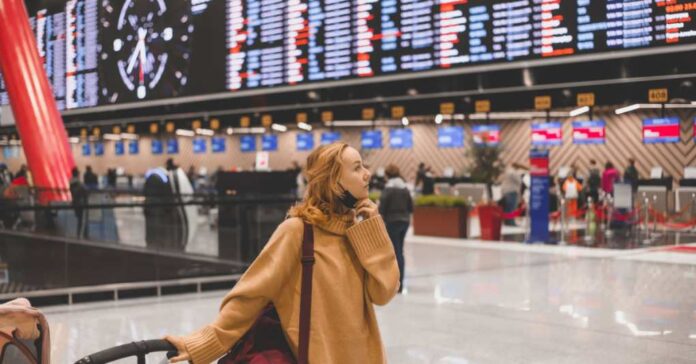 On September 21st, Russian President Vladimir Putin gave a speech to his fellow statesmen about the conflict in Ukraine. He firmly announced that it was time for Russia to turn up the pressure and lean more heavily on Ukraine. To accomplish this, it would necessitate mobilizing the Russian reservists, as well as veterans who have seen combat, and have very specific, specialized training. While he failed to expand on what that training is, these people certainly know who they are.

Mere minutes after this speech, the Russian newspaper Lenta reported that flights to Armenia, Georgia, and Turkey had sold out. According to E Rosalie L, a Johns Hopkins University interdisciplinary scholar, prices had already surged 24 hours before when Putin was originally supposed to be making his speech. Yet Twitter provided further details about the pricing.

“Putin’s canceled speech appears to have set Moscow ablaze with anxiety. For a hypothetical family of three (let’s say a mom, a dad, and an adult son), a flight from Moscow to Istanbul is now approaching $3,200… Depending on the destination or carrier that price can go even higher. The average for this particular flight appears to be half of the current going rate.”

Air travel isn’t the only route feeling the impact. According to the Dataminr website, Russian railways have also become heavily booked and are having difficulties getting people who want to flee out of the country. Given the rhetoric from Putin and his attempts to escalate this conflict even further, it’s not surprising to see his citizens fleeing. Especially since rumors of conscription of all males 18-55 just like Ukraine did is being heavily rumored.

Putin also addressed his status with nuclear weapons during his speech. Informing those who he believes are threatening him that he is fully armed to answer back, he didn’t just use code words or dance around the subject. “If Russia feels its territorial integrity is threatened, we will use all defense methods at our disposal, and this is not a bluff. Those who are trying to blackmail us with nuclear weapons should know that the winds can also turn in their direction.”

This direct threat is not just against Ukraine, but the entirety of the west. While President Biden won’t directly respond to Putin, other leaders have. China’s Foreign Ministry is calling for all countries involved to open the lines of dialog and to try to walk back the talks of nuclear escalation. Meanwhile, British Foreign Office Minister Gillian Keegan told Sky News that Putin’s comments should not be taken lightly and insinuated that this taped message could mean that he is no longer in charge.

As the tide continues to churn in this conflict, every person in either country must be prepared for what is coming next, and Ukrainians are ready to defend their country. While they have now been at this for months, the addition of an estimated 300,000 troops is not something to be taken lightly. While Russia is increasing its strict military rules, those being called up will not care about all that.

They want to end this as quickly as possible so they can go home. This means dirty fighting and quite likely many more violations of the rules of war. This is something Russia has specialized in for decades. Including veterans in the groups of people being called to active duty means those old fighting tactics are back. For Ukrainians, this also means more reliance on western weaponry to keep the technological advantage as well as a defensive advantage.

Those who are still looking to escape Russia may quickly find themselves out of luck getting to another country. These full planes and trains are not likely to empty, and airlines that operate in Russia are going to become limited in short order if Putin keeps this up.