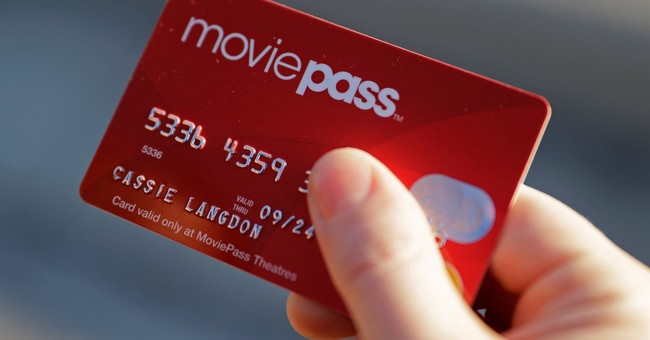 You’d think that the worst box-office take in 25 years would have occurred during the past two years, but this September’s numbers come in even lower than 2021 when people were cautiously venturing back outside. Not counting September 2020, when theaters were still closed, this year marks the first September with no film having an opening weekend earning more than $20 million since 9/11/2001. Many have predicted the end of Hollywood in the past, only to see it come roaring back; only time will tell if this disaster story will continue.

To illustrate the problem, a re-release of Avatar–now over 14 years old–came in at number three over the weekend. Meanwhile, the media and the producers of the film Don’t Worry Darling are enthusiastically celebrating an opening take of $19.2 million, which sounds good until you realize that Stephen King’s It pulled in $123 million in its September 2017 debut.

With just $275 million grossed in North America to date, this will be the first September since 1997 with a monthly total of less than $350 million. To date, the running total for September 2022 is 20% behind last year’s pace and 52% behind the pace set this month in 2019.

Some of the movies that didn’t have big openings may still make profits for the studios because of their low budgets. It’s the theaters though that are really hurting:

…theaters, still in a deep financial hole because of the pandemic, need to post big ticket sales regardless of the film’s budget. Unfortunately, the only films that could provide those sorts of numbers are tentpole blockbusters and family films, and there’s a very finite number of those set to be released before the end of the year.

Cineworld’s Regal Cinemas is now in bankruptcy proceedings, while AMC is struggling with $5 billion in debt. AMC is so desperate they’ve resorted to playing NFL games on their screens.

Why is this happening?

I have several theories. One, it’s the pandemic’s fault. Being locked up taught us that staying home and watching a movie was a lot cheaper and easier than trucking your family to the theater and spending a whole mess of dollars on popcorn, sodas, and overpriced candy. People simply got out of the habit.

I’m not trying to make any political statement by going to the theater less–it just sort of happened. The only movies I’ve felt the need to make the effort for were the latest James Bond and Top Gun: Maverick. (In both cases, it was worth it, even if I have some loud complaints about Bond. But DO NOT WATCH Top Gun: Maverick anywhere but a theater with a huge screen and a muscular Dolby sound system that’ll make you feel the G-forces from your seat.)

Now that everyone can score a big-screen TV at decent prices, and the (mostly) dudes among us have invested in soundbars and sub-woofers and stuff, watching at home for the $3.99 streaming fee seems pretty good to a lot of people.

Two, lots of people are just plain old sick of superheroes, and that often seems like 90 percent of what Hollywood is throwing out there these days. As my colleague Brandon Morse points out, the golden age of the Marvel Universe has frankly passed and we’re left with CGI-heavy, convoluted plots that mostly just leave you with a headache. In another post, Morse argues that movies with heavy-handed “woke lectures” simply aren’t appealing to audiences. This summer’s Thor: Love and Thunder, for instance, was the lowest-rated Thor movie yet and one of lowest rated MCU (Marvel Cinematic Universe) films of all time.

What’s missing from Tinseltown is great movies. Top Gun: Maverick proved that terrific tales, told with a minimum of cartoonish CGI and woke sermons, will still draw in the masses. If Hollywood starts making great films again, we will come.

The entertainment biz will survive these low numbers. Production is at an all-time high as the voracious appetites of Netflix, HBO, Amazon and all the other streaming services need to be filled. People aren’t going to stop watching movies and television.

Movie theaters, however, may soon fade into history, or at the very least decrease their footprints dramatically. Until then, they may just want to keep Top Gun: Maverick on the screen.