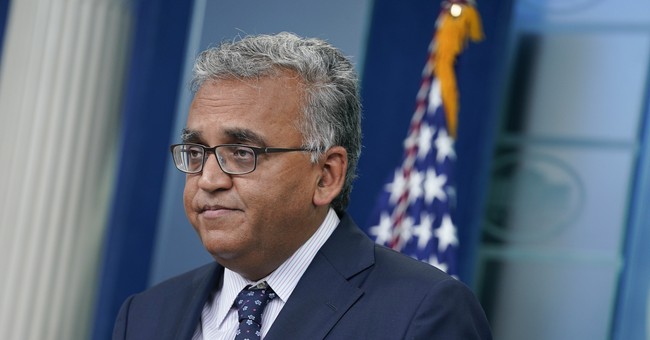 Over the course of the last several years, there have been a series of claims about the COVID-19 vaccines that have collapsed in light of various studies.

Most infamously, the idea that the vaccines stop the transmission of the virus permeated all the way to the highest levels of government, including the President of the United States. Those assertions then formed the basis of federal mandates, including a vicious campaign against the “unvaccinated” that never made any scientific sense.

Unfortunately, there’s another example to add to the list after it was revealed that prior claims about mRNA not being transferred through breast milk were false. That despite “fact-checks” back in 2021 asserting that wasn’t possible.

Here is the summary of the study, which gives the nod to the vaccines before noting that breastfeeding mothers were never tested by the CDC to see what was being transmitted.

Vaccination is a cornerstone in fighting the COVID-19 pandemic. However, the initial messenger RNA (mRNA) vaccine clinical trials excluded several vulnerable groups, including young children and lactating individuals.1 The US Food and Drug Administration deferred the decision to authorize COVID-19 mRNA vaccines for infants younger than 6 months until more data are available because of the potential priming of the children’s immune responses that may alter their immunity.2 The Centers for Disease Control and Prevention recommends offering the COVID-19 mRNA vaccines to breastfeeding individuals,3 although the possible passage of vaccine mRNAs in breast milk resulting in infants’ exposure at younger than 6 months was not investigated. This study investigated whether the COVID-19 vaccine mRNA can be detected in the expressed breast milk (EBM) of lactating individuals receiving the vaccination within 6 months after delivery.

As Thomas Massie notes in his post, there is no safe dose of mRNA vaccine for infants. The concern is that early exposure could prime a baby’s immune responses and affect their long-term immunity. That’s a fancy way of saying that there could be side effects. What those might be is unknown without more study.

Regardless, the science of all this isn’t really the point. The point is that Joe Biden and the federal government tried to mandate these vaccines, even for breastfeeding mothers, without doing the due diligence necessary to ensure they were safe for all those who could be impacted. And for what? To stop community transmission? But as I said at the beginning of this piece, that was also a lie, rendering the mandates utterly pointless.

Still, don’t expect the White House to offer an apology or even a clarification on this point. The COVID-19 vaccines have become the centerpiece of a cult that denounces any questioning of its idol. And I say that as someone who is not anti-vaccine, though I’ll be accused of being such just for writing this article. I actually think the shots are useful for people in certain age ranges and those with certain pre-existing conditions.

And while defenders of the vaccines will claim that the amount of mRNA being transferred to nursing children is small, that still doesn’t make it acceptable to do what the administration did. The fact that so many things once deemed “conspiracy theories” have turned out to be true harms the credibility of the scientific community, especially those working in or in league with the federal government. To turn that around, there needs to be honesty and transparency. You aren’t going to get that from the Biden administration, though.