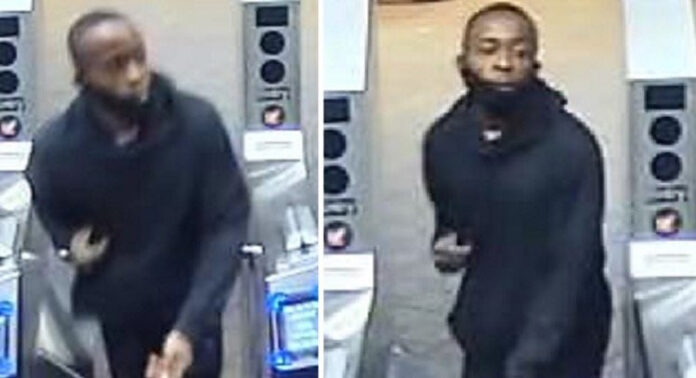 Yet another Asian hate crime took place on Monday night, this time in Queens, New York. Can you believe that an Asian man was shoved onto the subway tracks by a black man? Of course, the mainstream media has not seen fit to cover this yet. This does not qualify as a hate crime worth discussing for them because a white man is not involved.

They turn a blind eye to these things when this is the case, as we have seen time and again. According to authorities on the scene, the 35-year-old Asian man in question was standing on the southbound platform at the Queens subway station on the F line when the attack occurred.

At this time, a black man who was in a black mask and a black sweatshirt approached the Asian man. Before pushing him onto the tracks, he said something to him but reports are unclear as to what it was. Thankfully, the oncoming train was able to stop in line and a crowd of helpful citizens pulled the Asian man to safety before it was too late.

He was taken to Mount Sinai Hospital, so that he could receive treatment for a laceration on his head. The suspect was not captured. He fled on foot and police are looking for assistance when it comes to locating him. Do you have any information on the whereabouts of the suspect?

“I am disgusted to learn that an Asian American man was pushed into the subway tracks in Long Island City and is now currently being treated in the hospital for his injuries. As police search for the suspect responsible for this horrendous attack, I am directing the New York State Police Hate Crimes Task Force to offer their assistance in the investigation. Hate and violence have no place in New York – period. We will not let bigotry and cowardly acts of violence divide us. Instead, we will continue to stand united against hate in all its forms and celebrate our state’s diversity,” he said.

Someone tell Cuomo the obvious. The only statement that most New Yorkers want from him is the one where he resigns from his post. Everything else is just window dressing at this point. This animal wants everyone to forget his misdeeds, so he will chime in on everything but the important stuff.

The mainstream media is now too afraid of the snowball that they have pushed down the hill. It’s starting to gain steam and toppled people over, so now they have to pretend to care. Cuomo offers a canned statement that’s supposed to provide closure and then we all move on. Not so fast, though.

If a white person was involved in this awfulness in any way, shape or form, we never would have heard the end of it. “Stop Asian hate, in all its forms,” we were told. The only form that we have seen attacked by the media is when they have a white scapegoat that they can point to. It’s still open season on Asian-Americans, regardless of what they are trying to perpetrate.

That’s because it is not about stopping Asian hate at all. It is about advancing narratives that are designed to make all conservative thinkers look bad. If they cannot find a way to blame Donald Trump for whatever is happening, things tend to get really quiet, really quickly. Now, we find ourselves hoping that the New York authorities are able to bring the man who committed this hate crime to justice. Good luck! They aren’t allowed to utilize any actual force anymore…..