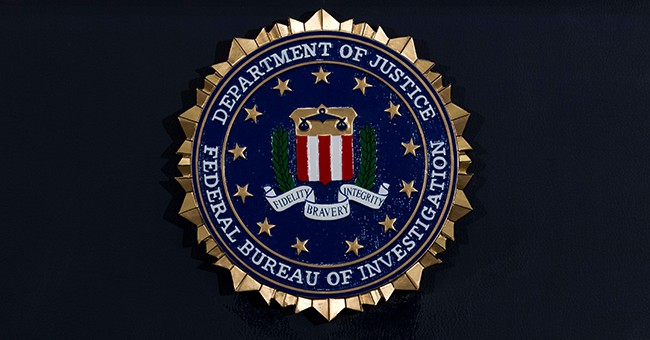 It’s getting to be a thing now — the questionable FBI raid with political overtones — under the Biden Administration. That’s a frightening thing to say. How quickly we have gotten there under Biden, where law enforcement is politicized.

The latest victim of the armed FBI agents raiding people’s homes first thing in the morning for things that don’t seem to justify it is Mark Houck, founder, and president of “The King’s Men,” a group that promotes healing for victims of pornography addiction and promotes Christian virtues among men in the United States and Europe. He’s also a pro-life activist and on Wednesdays, he sidewalk counsels people in front of a Planned Parenthood in Philadelphia.

According to Mark Houck’s wife, Ryan-Marie, 25-30 agents surrounded their house, pounded on the door, yelling with guns drawn at 7:05 a.m. on Friday.

Before opening the door, she explained, her husband tried to calm them, saying, “‘Please, I’m going to open the door, but, please, my children are in the home. I have seven babies in the house.’ But they just kept pounding and screaming,” she said.

When he opened the door, “they had big, huge rifles pointed at Mark and pointed at me and kind of pointed throughout the house,” Ryan-Marie described.

When they came in, they ordered the kids to stay upstairs. “Our staircase is open, so [the kids] were all at the top of the stairs which faces the front door, and I was on the stairs as well, coming down.”

“The kids were all just screaming. It was all just very scary and traumatic,” she explained.

After asking them why they were at the house, the agents said they were there to arrest Mark. When Ryan-Marie asked for their warrant, “they said that they were going to take him whether they had a warrant or not.”

When Ryan-Marie protested, saying that is kidnapping, “you can’t just come to a person’s house and kidnap them at gunpoint,” they agreed to get the warrant for her from one of their vehicles.

Why did they show up at his home and arrest him like that? What had he done?

And “he kept doing it and kind of came into [the son’s] personal space” obscenely ridiculing his father. At this point, “Mark shoved him away from his child, and the guy fell back.”

“He didn’t have any injuries or anything, but he tried to sue Mark,” and the case was thrown out of court in the early summer.

According to the official press release about the arrest, the DOJ claims Houck, shoved a man to the ground twice in front of a Planned Parenthood in Philadelphia. They claim there were “injuries that required medical attention” without saying what they were.

Mark Houck is now facing a maximum sentence of 11 years in prison, three years of supervised release, and fines of up to $350,000.

In a non-federal prosecution, if you shoved someone and there were no real injuries, if it was prosecuted at all, it would probably be a misdemeanor, with no real time, assuming you had no prior record. Normally, this is the kind of federal raid that you would get if you were a drug dealer, not an author who allegedly shoved someone who was saying inappropriate things to his son.

But now we’ve seen that even a former president isn’t safe from this kind of excessive FBI approach and that even something that was relatively minor a year ago can get you armed FBI on your doorstep — if you’re just coincidentally of the wrong political persuasion. This is scary stuff. We’re still waiting on the raids for the firebombings from leftists of the crisis pregnancy centers.

Some blasted the two-tiered approach that we’re seeing once again.

Doug Mastriano who is running for governor in Pennsylvania even condemned the raid.