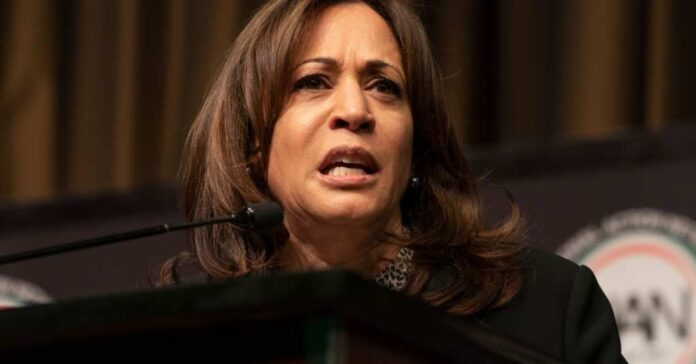 Kamala Harris has been known to get almost as confused as President Biden on some issues. And it seems that the Vice President doesn’t understand what “dereliction of duty” really looks like.

By now, you’ve heard about the illegal migrants from Arizona, Texas, and Florida being placed onto buses. Then, those buses are sent to any city that claims they are a sanctuary city for illegals. This includes New York City, Chicago, Washington DC, and even Martha’s Vineyard.

The governors who have sent the buses feel as though they have no other options since the Biden administration has failed to recognize the crisis going on at the southern border. Governor Abbott of Texas has repeatedly tried to file a national emergency only for it to be rejected.

Why should one or two states deal with the burden of hundreds of thousands of immigrants when it is Biden and Harris’s fault for not properly securing the border? This is the UNITED States of America, after all.

One could easily say that Kamala Harris is guilty of dereliction of duty since she was tasked with dealing with the southern border within a month of getting into the White House.
Her ignorance of the situation is what led to the buses in the first place.

Yet, now, she wants to stand in DC and point the finger at such governors as Doug Ducey of Arizona and Greg Abbott of Texas. And here’s where it gets really ridiculous. She’s accusing THEM of dereliction of duty.

In a recent interview with Vice News, Harris had the audacity to say, “I think it is the height of irresponsibility…frankly, a dereliction of duty, when you are an elected leader, to play those kinds of games with human life and human beings. If you think there is a problem, be part of the solution.”

She really doesn’t get it. The border hasn’t been properly secured in over a year. Greg Abbott, Doug Ducey, and Ron DeSantis are some of the loudest governors to call for the issue to be addressed.

Harris never did address the problem. Her “root cause” was just a way for her to ignore it all.

Bring in more migrants so that the Democrats could have more voters down the road. We all know why the border was ignored.

Realistically, though, hundreds of thousands are being allowed in – and they’re not even being given court appearances. They’re not getting anything. And what’s worse is that they don’t even qualify for asylum.

The cries for help have been ignored for over a year. So, since the governors have had a problem that they can’t get help with, they decided that the only solution was to make a big political move – and to ensure that their problem was shared by some of the cities that have the ear of the liberal administration.

And when Harris had the nerve to say that the border was “secure,” Abbott sent buses right to Harris’s doorstep. Now, how would he have enough illegal migrants to fill those buses if the border were secure?

Illegal immigration is a BIG issue. And Trump had controls in place. Within a day of taking office, Biden destroyed those controls, which has led to the mess we’re dealing with now.

Harris is in denial, however. She told Vice News that the previous administration “decimated” the immigration system. And now she believes that the Biden administration has been spending “an incredible amount of time and work and resources to reconstruct that system.”

Hmmm, a system is being reconstructed alright, but that doesn’t mean that immigration is being addressed so that Americans are first.

The harsh reality is that Harris is right – there’s been a dereliction of duty. But it’s her duty that needs to be called into question, not the Republican governors who have been left to deal with the crisis on their own.