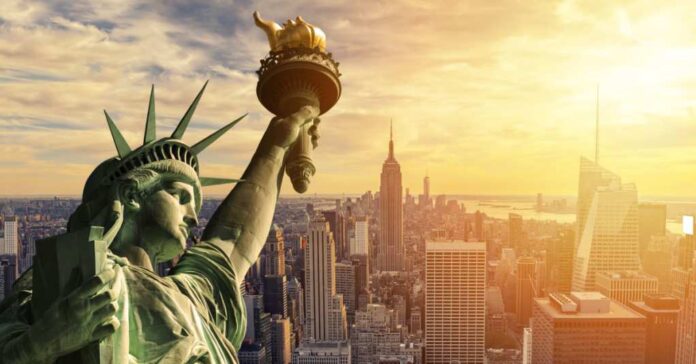 Mayor Eric Adams is concerned about what he’s seeing in New York City. There are illegal migrants everywhere – and that’s causing such issues as crime and homelessness. You know, more than usual.

There’s a problem, though. New York City is a sanctuary city. He made the decision to protect illegal immigrants. Those inside of a sanctuary city don’t have to worry about being deported.

CNN’s Jake Tapper caught up with Eric Adams to see what he had to say about Greg Abbott of Texas and Ron DeSantis of Florida sending buses to NYC.

Oh, he had a message alright. “These are two governors who are hiding up some of the actions that they’ve done up around gun control. These are proliferating our country with guns.” He went on to talk about the number of buses that have shown up in his city over the past few weeks.

Tapper looked just as confused as we were listening to Mayor Adams speak.

Apparently, the governors are hiding some of their actions by sending buses.

Really? What is it that they’re hiding? It’s hard to deal with hundreds of thousands of migrants – which is what Governor Abbott has been dealing with for over a year. And Adams is going into a panic because he’s had to deal with a few thousand.

The only thing Adams has said about the buses is that he’s considering legal action against Abbott because he doesn’t like that the Lone Star State has sent so many busloads of migrants. “We believe there are some options we have, because when you involuntarily place someone on a bus, we believe that actually skates the law…we’re not leaving any stones unturned to make sure that New Yorkers are [not] being treated in an unfair way.”

Oh, Adams. He clearly doesn’t get it. Everyone who has been placed on the buses were given an option. But the reality is that the migrants have no rights. They should be deported, but that’s not what the Biden administration wants.

Adams is getting desperate with how to deal with the thousands of migrants who have been overwhelming the homeless shelters. He’s even explored an old Bloomberg suggestion of using cruise ships.

That might solve the problem temporarily. But what happens when tens of thousands more cross the southern border and more migrants are shipped to NYC and elsewhere?

Adams is thinking too small. He can’t solve for New York City until he helps to solve the problem for Texas and Florida.

Abbott and DeSantis have nothing against Adams personally. They’re showing that they need help. And since there are sanctuary cities across the country, they’re using those to help reduce the strain that the illegal migrants are placing on their states.

If you love migrants so much that you’re willing to be a sanctuary city, then you should be welcoming these buses with open arms…right?

And to think that Mayor Adams did this to himself. He could have easily revoked the sanctuary status of the city. He could have called ICE agents to deport everyone. Yet, he’s not doing any of that. Instead, he’s decided that the governors of Texas, Florida, and Arizona are to blame for what’s happening in his city.

Maybe Adams needs a real wake-up call by taking a little trip down to the southern border. Then, he can see what a REAL nightmare looks like.