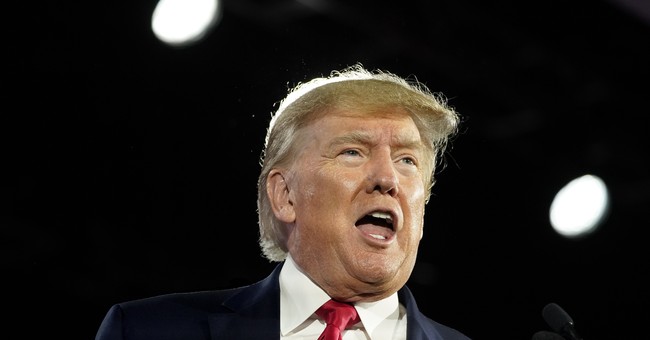 The 11th Circuit Court of Appeals in Atlanta just dealt former President Donald Trump and his legal team a serious setback as they authorized the DOJ to continue combing through classified records seized after FBI agents raided his Palm Beach, Florida home, Mar-a-Lago, in early August. The ruling reverses an earlier decision by Judge Aileen M. Cannon, who ruled in favor of Trump last week by allowing an independent arbiter known as a special master to review the documents before the DOJ could look at them.

This new decision dramatically scales back the power of the special master and allows the Department of Justice unfettered access to the classified documents.

During the unprecedented raid, the FBI removed a reported 11,000 documents along with The Donald’s passports and 1,800 “other items.” Basically, they took anything that wasn’t nailed down.

Trump’s team has maintained that a special master should go through the documents first to ascertain whether there were any instances of privilege or attorney-client correspondence. The former president has also claimed that he declassified all the material, but the court said there was no evidence of that:

Plaintiff suggests that he may have declassified these documents when he was President. But the record contains no evidence that any of these records were declassified.

They then went on to say that even if the items were declassified, it didn’t really matter:

In any event, at least for these purposes, the declassification argument is a red herring because declassifying an official document would not change its content or render it personal.

The three justices also said that Trump had no “individual interest in or need for” the approximately 100 documents marked as classified. The Associated Press, like the New York Times and seemingly every liberal account on Twitter, claims this is a huge victory for the Justice Department:

The ruling from a three-judge panel of the U.S. Court of Appeals for the 11th Circuit amounts to an overwhelming victory for the Justice Department, clearing the way for investigators to continue scrutinizing the documents as they evaluate whether to bring criminal charges over the storage of of top-secret records at Mar-a-Lago after Trump left the White House.[Emphasis mine.]

Liberals were in full gloating mode, with lots of them posting tweets like this:

Haven’t we seen this movie countless times, Rob Reiner? You rejoice, only to be left whimpering when the charges don’t pan out? We’ll see whether that’s the case once again here. The court explained its ruling:

It is self-evident that the public has a strong interest in ensuring that the storage of the classified records did not result in ‘exceptionally grave damage to the national security.’ Ascertaining that necessarily involves reviewing the documents, determining who had access to them and when, and deciding which (if any) sources or methods are compromised.

But what happens to the special master, Judge Raymond J. Dearie? He is now barred from accessing the classified materials and will spend his time going through the approximately 11,000 unclassified documents. Sounds like a fun job.

It’s been a rough day legally for Donald, as Trump-hater New York Attorney General Letitia James filed suit against the entire Trump family organization Wednesday morning. One could argue that Trump is in serious legal jeopardy, and is clearly a criminal. In my view, however, it’s a perversion of justice that the DOJ, the New York state attorney general, the Manhattan district attorney, the Democrat Senate when he was in office, the DOJ’s Southern District of New York, and virtually every other prosecutorial department in America has tried to get this guy and yet… they’ve still come up with nothing.

Let’s see if this time the “walls” are really “closing in.”